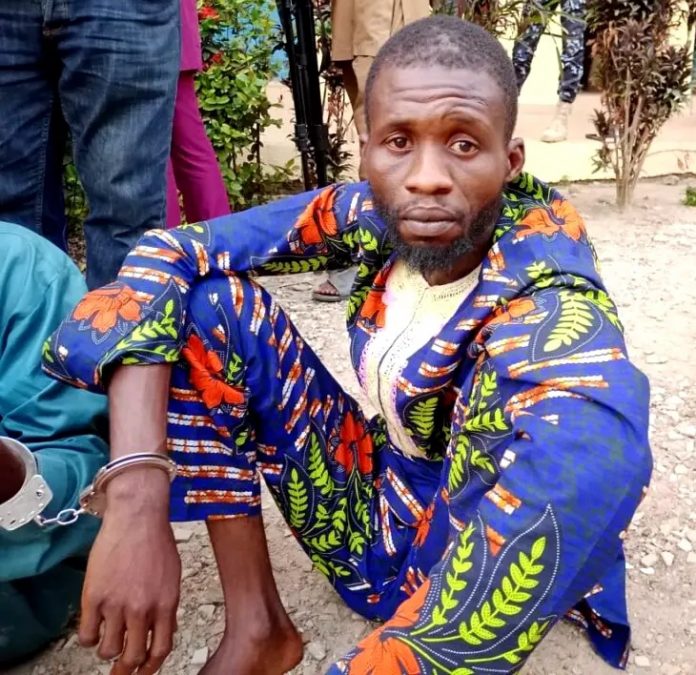 An Islamic cleric, Salawudeen Lukman, 36, has disclosed that he was not aware of how his customer got the human part he used to prepare a ritual soap.

Speaking while being paraded at the Osun State Police Command Headquarters in Osogbo, Lukman said one Alfa Semiu brought parts of human head and palms to him to prepare money making soap for him.

According to him, he was given the formula ‘account’ of ritual making by a Fulani cleric, hence, gave it a trial when his customer brought the necessary materials.“I am an Islamic cleric, Alfa Semiu brought head and palm to me for ritual soap charm for him. I prepare a black soap for him but could not deliver it when I was arrested by the police.

“I did not know where he got the body parts from, but he told me someone gave it to him at Ile-Ife. I have never killed anyone before nor prepared such soap before now”, he said.Meanwhile, the Commissioner of Police, Olawale Olokode while briefing Newsmen, said the police discovered a dead body identified as Bolaji Akerele dumped somewhere in Ile-Ife.

Upon investigation, it was discovered that her head and palms have been severed from the body. One Sunday Olajide was arrested in connection with the murder“The arrest of the first suspect on December 6, 2021, led to the arrest of three other suspects in Iwo, Osun state by a police tactical team. They all confessed to having strangulated the woman to death with the motives of using her for money rituals.

Investigation further revealed the name of the victim as Bolaji Akerele ‘F’ a resident of Ilode area Ile-Ife. The suspects will be charged to court after the completion of investigation”.