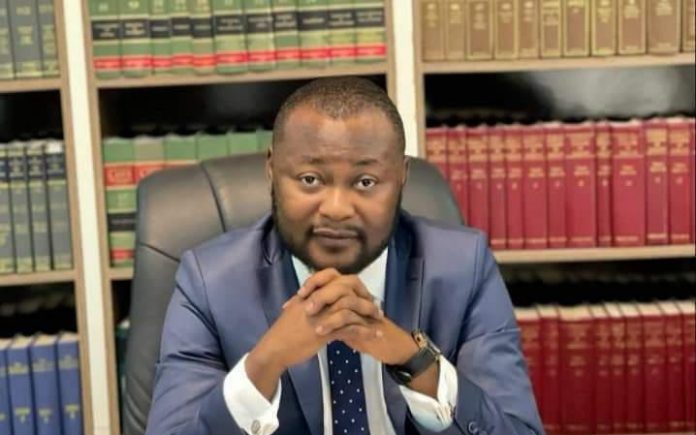 Pelumi Olajengbesi, one of the lawyers representing Sunday Adeyemo, a Yoruba youth leader better known as Sunday Igboho, has resigned from the activist’s legal team.

Igboho is being detained in Cotonou, Benin Republic after he was the arrested with Ropo, his wife at Cardinal Bernardin International Airport, Cotonou, while on their way to Germany on July 16, 2021.Olajengbesi announced his resignation on Sunday in a statement on his Facebook page.The lawyer said he was satisfied with his professional contribution to the legal team, adding that he does not want to be associated with any agitation for the Yoruba nation.

This is to officially announce my resignation as counsel involved further in any matter relating to Chief Sunday Adeyemo Igboho and the Yoruba nation agitators,” the statement reads.“As a firm, we are satisfied with our little best in contributing to providing legal solutions and representations to Igboho and associated Yoruba nation agitators as far as ensuring the protection and enforcement of their rights in this matter.

I have stated ab initio that the scope of my work will only be within the purview of my professional duty as a lawyer to Sunday Igboho and his aides.“I am a strong believer in constitutional democracy, civil liberty and human rights which includes the right to self-determination but I am not a Yoruba nation agitator nor a member of any like organisation.”Olajengbesi’s resignation comes days after Banji Akintoye, the leader of Ilana Omo Oodua Worldwide, a Yoruba self-determination group, said Igboho would soon be released from detention.

Akintoye had also said there would be “no state governorship and house of assembly elections in our homeland in 2022”, adding that “the next election that we Yoruba people will engage in will be the first election in our own new country”.