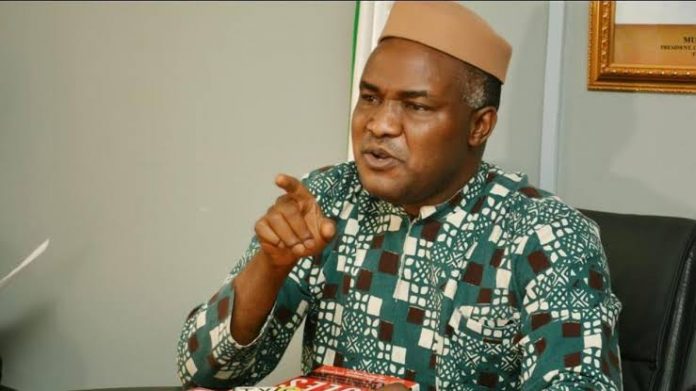 This was even as it lamented “the killing of over 750 soldiers” in the last two years by insurgents, describing it as is alarming and indication of a fatigued military.

Speaking at a press briefing in Abuja, HURIWA’s national coordinator, Emmanuel Onwubiko, described as unprecedented the rate at which terrorists of the Boko Haram and Islamic State – West Africa Province kill soldiers in the last two years.

He said: “The President as the Commander-In-Chief of the Armed Forces must strategise the anti-terrorism war because apparently, the troops are losing with hundreds of them having had to pay the supreme price in the last two years.

“A recent report put the figure of soldiers fell by terrorists at 750 soldiers between the third quarter of 2020 and July 2022. This is unacceptable.

“The President must with immediate effect reshuffle the security architecture and sack the service chiefs whose lack of effective leadership have cost over 750 families their beloved brothers, sisters, and breadwinners.

“The President must ensure that the morale of the soldiers still alive is boosted through the timely payment of salaries, acquisition of modern-day superior weapons as soldiers in leaked videos have decried the absence of superior firepower to their adversaries, payment of entitlement to families of fallen heroes, amongst others.

“Also, the engagement of foreign mercenaries cannot be over-stressed. As buttressed by the Chairman of the House of Representatives’ Committee on Defence, Babajimi Benson, the Armed Forces are overstretched as they are now engaged in internal security operations which should have been led by the Nigeria Police Force. The deployment of foreign mercenaries is exigent to avoid the further loss of military personnel. Any resistance to this is suicidal.

“Similarly, the Minister of Police Affairs, Muhammad Dingyadi, had on December 15, 2021 said that the federal government approved a 20 per cent increase in salaries for personnel of the Nigeria Police Force, effective January 2022 but police officers have been crying out that the raise had yet to take effect even eight months after. The President must ensure policemen get the necessary morale booster to fight internal security for soldiers to face Boko Haram and Islamic State in West African Province, ISWAP fighters.

“Also, the federal government must with immediate effect, give licence to regional security outfits in the South-East, the South-West and Benue state for these vigilante men to bear arms to consolidate the operations of the military and the police as the army and the police are overstretched with many attached to Very Important Personalities and politicians instead of securing the country against internal and external threats.”