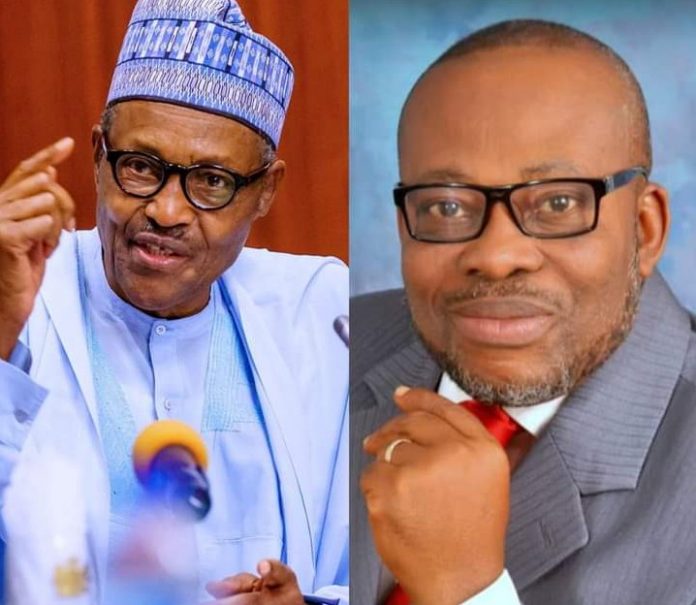 Human Rights Lawyer Knock ‘Shoot at SIGHT’ Order, Says ‘I Will Not Clap for The President for Giving This Directive’

Human rights lawyer, Barrister Monday Onyekachi Ubani has reacted to the recent presidential order that directed security agencies to shoot at sight anyone caught carrying AK-47 guns. This directive is purportedly in response to the cries of Nigerians that the President do something urgent about the incessant security issues around the country thereby restoring safety of lives and properties. It will be recalled that the Jangebe schoolgirls, Kagara schoolboys, many travelers were kidnapped in less than a month. Farmers and herdsmen clashes are also on the rise which is almost tending to ethnic conflicts in states across the Federation. This has also resulted in the just-suspended food blockade from the North to the southern part of the country.

Yet, in spite of these obvious challenges, the astute lawyer Barr. Ubani believes making such a directive will be counterproductive to the Rule of Law in the country.  He stated: ‘In any civilized clime, irrespective of the gravity of an offense, the offender must be allowed to undergo what we call judicial process and then pronounced guilty before the issue of punishment can be meted upon that individual. I have never seen anywhere in the world in this 21st century where you will give order to security agents to shoot at sight anyone that is carrying AK-47.’

‘I am clearly in agreement that those who are brandishing AK-47 without license are criminals but despite that I will still demand that they undergo judicial process when they are caught. No matter how grievous the terror of these bandits or criminals, our insistence that anyone caught committing a crime must still be allowed to undergo a judicial process before any punishment is meted out. They must have their day in court, be given fair hearing and that should not be violated. The moment you are shooting someone with AK-47, you have played the role of the prosecutor, accuser and the judge.’

While security of lives and properties is important, the Senior Advocate of the Masses (SAM) in the mold of the late Chief Gani Fawehinmi GCON reiterated: ‘We cannot under the guise of trying to secure the lives and properties begin to break our laws. That is my take on this issue. I will not clap for the President for giving this directive. What we should do is to beef up our security apparatus all over the country.’