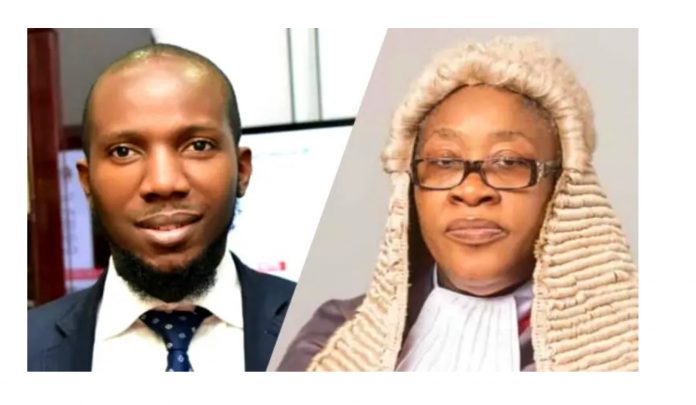 The lawyer has been in the Correctional facility in the past 21 days following order by the Chief Judge that he should be incarcerated over alleged contempt.

The legal team led by Femi Falana, a Senior Advocate of Nigeria, filed that case at the Federal High Court, Uyo, the state capital with the suit number, FHC/UY/FGR/120/2022It reads, “sequel to the continuous refusal by the Chief Judge of Akwa Ibom State to release copies of the proceedings together with the order convicting the human rights activist, Barr. Effiong made since 27th of July, 2022 in compliance with section 36(7) of the 1999 Constitution of Nigeria as amended despite repeated application to that effect, we were forced to file a fundamental rights enforcement suit yesterday at the Federal High Court in Suit No: FHC/UY/FHR/170/2022 against this flagrant impunity in the system in order for my Lord to be compelled to comply with the extant laws of our land.

“It’s beyond imagination to see that the wilful refusal to release copies of the said proceedings has precariously affected and frustrated all material efforts made by Inibehe’s legal team to appeal against his conviction including his release from the prison custody.

Today is making exactly 20days since this remand order was made by His lordship, yet all efforts made to access the proceedings has been abortive.

“ By provision of section 36 (7) of the constitution cited above, the court is under duty to produce its order, judgement or proceedings within 7days of making same.”

Recall that the Chief Judge has committed Effiong to prison for one month over alleged rudeness while appearing in court for a case of defamation between governor Udom Emmanuel and a lawyer, Leo Ekpenyong.

Ekpenyong had accused the governor of greasing the palms of the Chairman of the 2019 Election Petition Tribunal in the state, Justice W. O Akanbi so as to influence judgment in favour of the then PDP senatorial candidate, Obong Chris Ekpenyong.

The lawyer had alleged that the governor paid the princely sum of $1.4million to the tribunal chairman to ensure favourable judgement for Senator Chris Ekpenyong against his bitter rival, Senator Godswill Akpabio of the All Progressives Congress.

In his ‘Facebook Live’ video monitored by our Correspondent, Barrister Effiong said he had earlier applied for the Chief judge to recuse herself from the case to avoid possible bias.