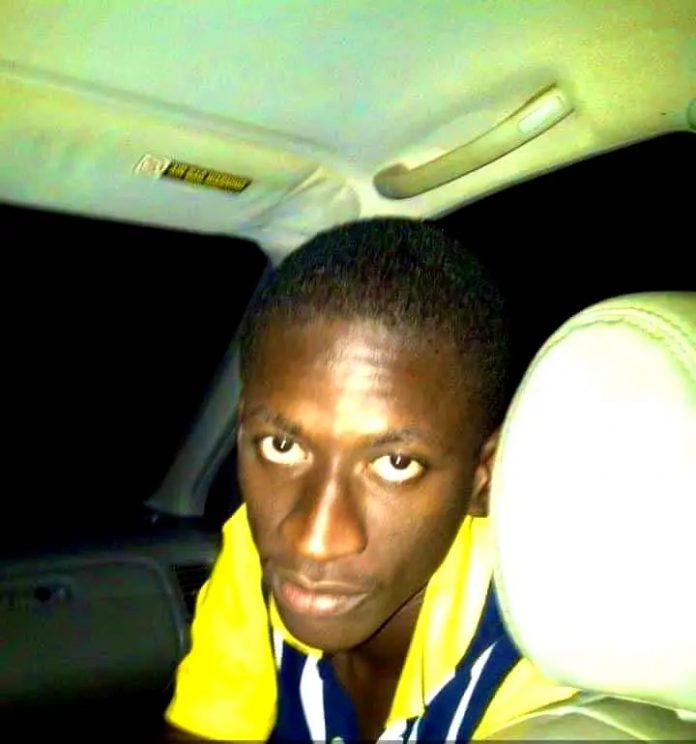 …as Human Rights Activists set to protest for Justice

Aisha Umar, a female Internally Displaced Person (IDP) in Borno State, has been reported dead after allegedly being raped by an official of an International Non-Governmental Organisation.

Although there were different versions of the incident which took place last Monday, some reports said, the deceased, who was into menial jobs for survival, was reportedly lured to the apartment of the suspect at 202 Housing Estate, near Dalori IDP camp, Maiduguri, under the guise of cleaning the place.

This is even as a woman activist and Executive Director Women in the New Nigeria and Youth Empowerment initiative, Comrade Lucy Yunana, yesterday expressed shock over the incident, and promised to mobilize peaceful protest, monitor the case to its logical conclusion with a view to ensure the suspect was punished accordingly.

The source said the victim, who was traumatised rushed to Adam’s kitchen where she picked up a knife that she used to stab herself.It was learnt that the deceased was rushed to the hospital for treatment before she died in the pool of her blood.

It was said the suspect who was detained at Gwange Division of Borno Police Command after his arrest was later transferred to the State Criminal Investigation Department (SCID).

Executive Director Women in the New Nigeria and Youth Empowerment initiative, Comrade Yunana, expressed shock over the sad incident, adding that, she had since visited both Gwange Police Station and State CID at the Borno State Police Command headquarters and promised to monitor the case to its logical conclusion with a view to ensure the suspect was punished accordingly.

Reacting on her Facebook page, Yunana said, “His name is HUZAIFA ADAM and he just killed two people because of 2-minute sexual pleasure.

“Huzaifa raped Aisha, a young IDP girl who washes plates to feed in Maiduguri. After raping her and beating her up, he locked her and prevented others from seeing her till her friends were able to bring her out.

“Out of pain and heartbreak, Aisha entered the kitchen took a knife and stabbed herself to death. When Huzaifa noticed this, he picked her up to rush her to the hospital and on his way going he had an accident and killed another person at the spot.

“He is currently in police custody… We mourn the death of this innocent soul harshly taken from us by the predator Huzaifa.

“He is also currently an NGO worker with Intersos precisely, I also discovered he was formally suspended for this same act. My question to intersos, WHY SUSPEND A PREDATOR, A KILLER AND A RAPIST as a protection worker???

“We will definitely have protests!!! We shall not rest until justice is served.

Some of the reports are correct and some are not because, her name is Fatima Muhammad, also known as Aunty Hajja, she was in an Islamiya School in the class when one of her friends (a family friend) came and invited her to accompany her to 202 housing estate. After she made an arrangement with Huzaifa Adam.

After they arrived at  Huzaifa’s room, the friend sneaked out and left the room for Huzaifa. While he was raping her, she was screaming for help. It was at that moment that Fatima’s Friend who brought her called for help.

It was also learnt that Fatima did not kill herself, it was Huzaifa who stabbed. The victim was said to have confessed to her elder sister and her brother shortly before she died.

The friend was later picked by the Security personnel in her main home in Kaleri London ciki Maiduguri.

Huzaifa Adam according to sources was a Serial Rapist. He raped a lady at Banki town while working as an NGO staff, he also raped another one in Abuja where he is currently in court and now he raped his third victim leading to death

In a press statement signed by the Head of Mission, INTERSOS, Mr Enkas Chau said, the suspect who was their staff have been suspended indefinitely.

“We are saddened to inform you that one of our Nigerian staff members is currently held in police custody in Maiduguri.

“He was accused of having committed rape and other violence connected with the death of a woman, as well as having caused a traffic accident leading to the injury of another person.

“The incident happened in Maiduguri town. Upon learning about this terrible incident, we have immediately suspended the staff, who was off duty and on vacation when the incident happened. As the investigation is ongoing, we will closely monitor the development and take appropriate actions accordingly.

“We express our deep sorrow to the families of the victims. At this moment we are focusing on gathering additional information and providing the necessary assistance to the authorities.

“INTERSOS has a zero-tolerance policy against any form of Sexual and Gender-Based Violence (SGBV). Our recruitment process follows strict and detailed guidelines in compliance with the organization’s Prevention of Sexual Exploitation and Abuse policy, and its implementation is constantly followed up by a dedicated unit.

We are also part of the Inter-Agency Scheme for the Disclosure of Safeguarding-related Misconduct in the Recruitment Process within the Humanitarian and Development Sector.“As we go through this difficult time, we kindly ask you to share any information you may receive regarding the case with me at nigeria@intersos.org, while we stay at your disposal for any further questions.“We appreciate your discretion in sharing and circulating only officially confirmed and reliable information, and not to circulate this message further”. Chau stated.