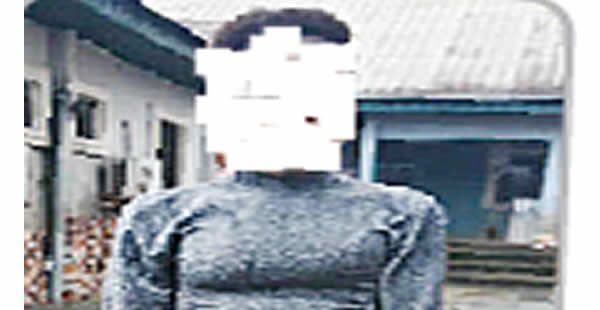 A 17-year-old orphan, Enobong Udotai, narrates to OPEYEMI ADEFEMI her ordeal in the hands of an alleged human trafficker, who turned her into a sex slave

Where are you from and how old are you?

I am from Effoi, in the Eket Local Government Area of Akwa Ibom State. I am 17 years old. I am an orphan. I don’t have parents.

Is it true that you were trafficked by someone?

Yes, it is true. The man’s name is Okon.

When and how did it happen?

After I told him about myself, he told me that he was my biological father and that he had my siblings with him. I have never met my biological dad; it was just my mum that I knew but she died when I was only five. That was the reason I was put in an orphanage.

Along the line, Okon told me to come and meet him but I said there was no way I could come out of the orphanage. But he insisted that I should come to meet him. So, I sneaked out and went to meet him.

When I came back to the orphanage, my mates reported me to the principal of my school and the principal invited the coordinator of the orphanage. The coordinator said he would come on Monday; the incident happened on a Friday. Later that day, I called Okon and told him what had happened as a result of my visit to him. He then asked me to pack my things and that he would come pick me from the place. He promised to take care of me and sponsor my education. I did as he instructed me. I packed my bags and patiently waited for him to come pick me. He came with a car to pick me. That was how I started living with him.

Where did he take you to?

He took me to Ibeno Local Government Area where he hails from. He was always telling me he was my father, but then he started sleeping with me. Sometimes he would send me out to sleep with other men and they would pay him. He made money off me. This continued until he impregnated me and we had to pin the pregnancy on another man. The man insisted the pregnancy wasn’t his at first but Okon blackmailed him; he said he would tell everyone that the man raped me. Then the man eventually took responsibility for the pregnancy. I gave birth to the baby but I lost it later. However, we didn’t tell the man, so he continued to send money. The man was based in Abuja and anytime he came to Akwa Ibom to visit the child, Okon would give me his biological child to present to the man as his child.

Did you ever attempt to escape?

I always told him that I was tired and that he should let me leave but he wouldn’t agree. He was always threatening me; so there was no way for me to escape.

He also threatened me that if I opened up to anyone, he would strangle me to death. After the child died, he told me it was the other man that killed the child. With annoyance, I tried reaching the man but he didn’t pick my calls, so I sent him a text and explained everything to him. The man reply my text message and sympathised with me on the death of the baby. I think the man called Okon and told him what I said. But Okon told him that the baby didn’t die and told me to call him back and tell him that the baby was still alive. Out of fear I called the man again and told him the child didn’t die, as instructed by Okon.

How were you rescued?

Okon attempted to impregnate me again, with the plan to give the child to the man but I refused. He started maltreating me and forcing himself on me. He started beating me with wire and using a plastic chair to hit me. He locked me inside one room without food and water but I found a way to escape and reported to Child’s Right and Rehabilitation Centre. They stepped in and reported him to the police, leading to his arrest.

Where is Okon now?

He is still in police detention.

Have you received any medical care after your escape?

Yes, I have gone to the hospital. I was tested and the doctor confirmed that I am pregnant. There is a cut on my head too.

Whose pregnancy is it?

It is for Okon.

How do you feel now?

I don’t feel good at all because of the pregnancy. I am frustrated and very sad.

Where do you live now?

I live in an orphanage here in Eket.

Do you wish to continue your education or you want to acquire a skill?

I stopped school in SS2. I really want to continue my education.

In all of this, what have you learnt?

I have learnt my lesson. I have learnt to be contented and not to trust anyone I don’t know. In all of this, I still thank God because I was able to find my brother even though I am not happy with myself because of the situation I am in.