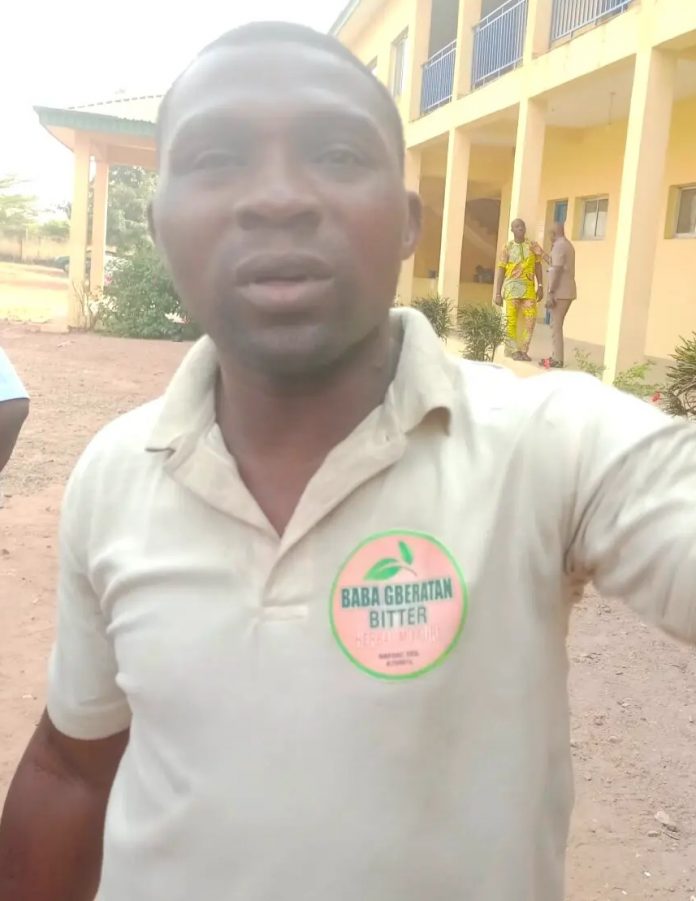 A suspect, Akeem Ogunnibi, 42, at the weekend confessed how he – with the help of Department of State Security operatives – kidnapped one businessman at Sabo identified as Bala.

The Commissioner of Police, Olawale Olokode had earlier disclosed while parading the suspect that the victim, a bureau de change operator in Osogbo reported that he was whisked away from his office by gun-wielding men on December 30, 2021, around 5:30 pm.

The victim, according to the Olokode, added that he was driven to a bush path along Ilesa road and demanded ransom before he could free and upon searching him, he was dispossessed of the N204,000 on him and abandoned at the place.

However, Ogunnibi disclosed that he was assisted to whisk the businessman away by some operatives of the Department of State Security he was acquainted with.

His words, “Bala, (the victim) is a friend, he underpaid for a gold chain he bought from my brothers and when I confronted him, I was not satisfied with his explanation, hence, I decided to call people I know in the DSS to deal with him.

“He was not taken into the command, they collected the money from him, I was in the car when they negotiated, I am not aware of what was demanded, but he paid N210,000 and I was given N15,000.

“The DSS operatives were also arrested but I don’t know why they were not paraded but I am sure they were arrested as well”.The Commissioner of Police added that efforts are ongoing to bring the suspect’s cohort to book.