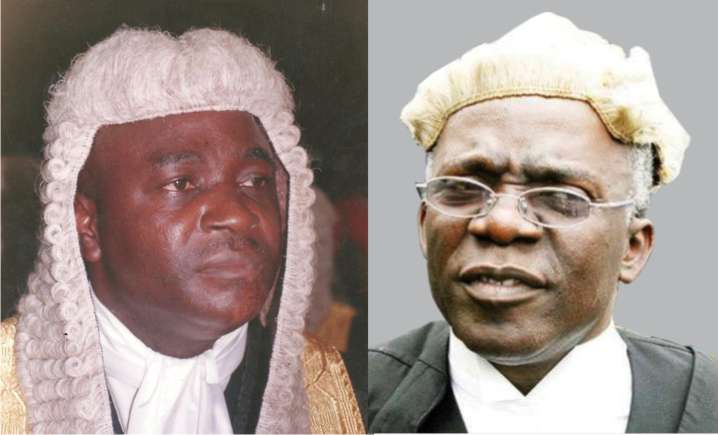 With much fanfare, glitz, blitz and bazaar, Mr. Falana also placed reliance on the authority of Iloegbunam vs. Iloegbunam (2001), and even made allusion to his arguments therein. In quoting the finding of Oguntade, JCA, however, Mr. Falana twisted the meaning of the dictum, which was meant to address the constitutional question raised by Chief Anah, SAN. Let me quote exactly the portion quoted by Mr. Falana: “There is power in the Chief Justice of the Federation or any of the chief judges of the states to order the release of persons detained in prison custody in the exercise of their power under section 1(1) of the Criminal Justice (Release from Custody) (Special Provisions) Act Cap 79 Laws of the Federation of Nigeria 1990 is not in doubt.

“The exercise of that power by the Anambra Chief Judge would definitely constitute a different cause of action for the present respondents if they feel aggrieved by it.

“And an action founded on the exercise of that power which action is challenging the authority of the chief judge is one that should be brought before the High Court of Anambra State by virtue of Section 272 of the 1999 Constitution.”

A correct dissection of the above dictum is as follows: (a) a chief judge has power under Section 1(1) of the Criminal Justice (Release from Custody) (Special Provisions) Act, 1990 (not under the Constitution- as I have consistently argued) to release detained persons; (b) Chief Anah, SAN, wrongly challenged the constitutionality of that Act in that present appeal – he ought to have brought a fresh action in the High Court under Section 272 of the Constitution!

How then would Mr. Falana claim in his rejoinder that “the Court of Appeal had upheld the constitutional validity of the Criminal Justice (Release from Custody) (Special Provisions) Act,” when that court starkly held that only a fresh action pursuant to the original jurisdiction of the High Court under Section 272 of the Constitution would enable such judicial pronouncement?

Again, Mr. Falana relied on some foreign common law happenings to support his arguments, the first of which is the Writ of Petition (Civil) No. 406/2013, delivered by the Indian Supreme Court, sitting in a judicial (as opposed to an administrative) capacity! Mr. Falana inadvertently shot himself in the hip, by relying on this judicial decision, which supports my arguments right from the very beginning against administrative as opposed to judicial release of prisoners! Indeed, that court, constitutionally empanelled, sat under its original civil jurisdiction and entertained arguments from parties and even amicus curiae before making those orders!

Mr. Falana also made reference to the situation in Pakistan, which unfortunately for him operates a parliamentary as opposed to a presidential system. May I remind Mr. Falana that Nigeria operates a presidential system, just like the United States (U.S.), hence presidential powers of pardon cannot be abridged by any enactment other than the Constitution itself. ‘Abridgement’ here includes enacting an Act like the Criminal Justice (Release from Custody) (Special Provisions) Act, in a manner that will make it compete with sections 175 and 212 of the 1999 Constitution.

That was why the U.S. Chief Justice Burger held Schick vs. Reed, 419 US 256 (1974) at 266 that “the unbroken practice since 1790 compels the conclusion” that the power of the US President to grant pardon “flows from the Constitution alone, not from any legislative enactments,” concluding that such presidential powers “cannot be modified, abridged, or diminished by the congress.”

In conclusion, and I hope this will satisfy Mr. Falana this time around, Section 1(1) of the Criminal Justice (Release from custody) (Special Provisions) Act, being in contradiction or at least competition with sections 35(4), 175 and 212 of the 1999 Constitution as amended, is null and void. The Honourable Chief Justice of Nigeria and the various states’ chief judges have no constitutionally-recognised or cognisable power to conduct prison amnesty.

Sebastine Hon is a Senior Advocate of Nigeria (SAN)