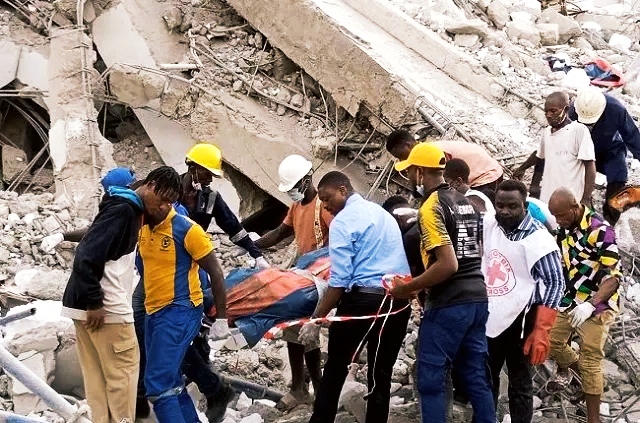 Femi Osibona, owner of Fourscore Homes, the developing company in charge of the building that collapsed in Lagos, is believed to still be trapped in the rubble.

The high-rise, one of a group of three buildings under construction, caved in on Monday afternoon, with over 50 persons reportedly still trapped under the ruins.

On Monday evening, a witness had said Osibona was in the building when it collapsed.

Meanwhile, a total of 14 bodies had been recovered as of Tuesday evening, while nine persons have been rescued alive.Rescue operations are ongoing at the site.