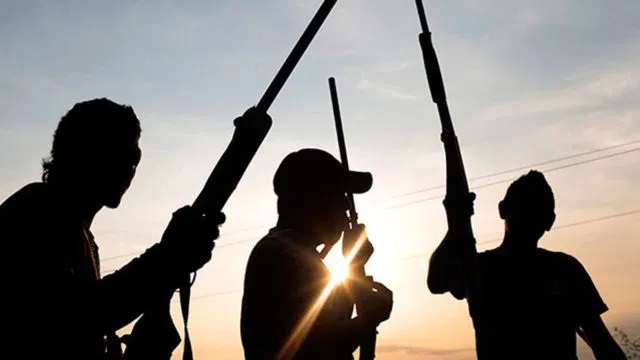 It was gathered that, the Oron-born Senator was seized by three armed hoodlums at his lounge, a popular sit-out along Oron Road, Uyo, the state capital late Sunday night. Eight of the customers, it was learnt, were injured in a resulting stampede as the patrons scampered for safety amid hails of bullets randomly fired by the hoodlums.“I have just been shot along Oron Road,” Erick Ekwere, one of the victims cried out on social media, urging security agencies to rescue the situation”.

The incident occurred at about 9:00 p.m on Sunday night. The armed men stormed the sit-out with a Toyota Camry car and started shooting sporadically at random, sending the customers and other guests to scamper for safety before they made straight to the former Senator” a source said.

Effiong, former Speaker of the state House of Assembly, the source added, was later whisked away by the hoodlums in a Toyota Camry car to an unknown destination for ransom cash to be negotiated.

The Police Public Relations Officer (PPRO), Mr Odiko Macdon, a Police Superintendent (SP) could neither pick calls to his phone or respond to text messages, but the Commissioner of Police (CP), Mr Amiengheme Andrew, assured that “there will be a statement on the matter.