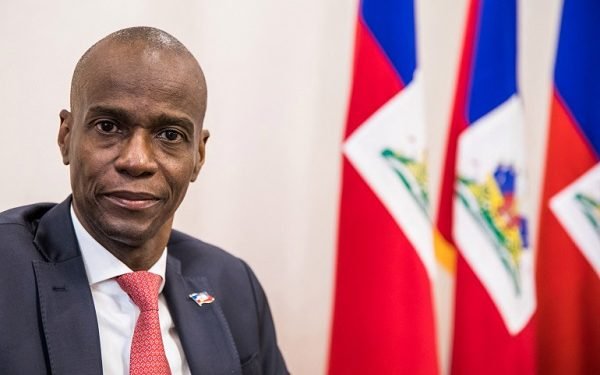 The attackers – some of whom reportedly spoke English and Spanish – ambushed the president’s private residence in the capital city of Port-au-Prince in the early morning hours yesterday, shooting and killing him, while the first lady is in the hospital in critical condition.

“The situation is under control. I am in a meeting with the Supreme Council of the National Police to ensure security and take all measures for the continuity of the state,” said Joseph. He added that the police and armed forces have taken control of the country’s security situation.

Insecurity has surged across Haiti this year amid significant turmoil brought on by the country’s worsening economic, health and political crises, which prompted widespread anti-government protests.

President Moïse found himself at the centre of the uproar. Critics of the president said his term should have ended in February 2021, five years after former President Michel Martelly stepped down in 2016. However, Moïse argued that his five-year term should have extended to February 2022, since he didn’t officially take office until early 2017.

The assassination of the Haitian president marks a dramatic escalation of the wave of violence that has engulfed the nation in recent months, and will likely contribute to further insecurity in the near future.

Just one week ago, a two-day stretch at the end of June marked a particularly violent period after police union member Guerby Geffrard was murdered.

On June 29, prominent human rights activist Antoinette Duclaire and Diego Charles, a journalist for Radio Tele Vision 2000, were both killed in Port-au-Prince.

That same night and into the morning of June 30, at least 19 people were killed in a series of armed attacks in the Delmas 32, Christ-Roi and Avenue N neighborhoods of the capital, according to report from Haiti’s National Human Rights Defence Network (Réseau National de Défense des Droits de l’Homme – RNDDH).

“There is no doubt … that a climate of terror is being created in the country with the complicity of the State authorities and the rights to life, security, physical and mental integrity of citizens are constantly being violated,” the RNDDH said.

It remains unclear who may be responsible for the assassination of the president.