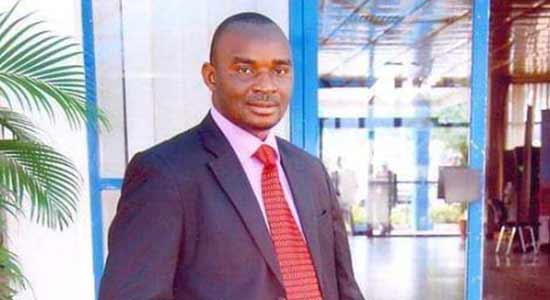 An Abuja based Lawyer, Dr. Stephen Eke, Esq was last week assassinated by gunmen at Abacha Road, a satellite area in FCT Abuja.

According to eyewitness accounts, the lawyer was shot at his wife’s shop in the presence of his wife and son. They afterwards drove off in his car but abandoned the car at Zuma Rock area in the outskirt of Suleja Niger State.

The late Eke Esq was senior lawyer of 21 years post call and was described by close friends as peaceful and amiable.

The news of his death has since elicited tributes from colleagues and loved ones.

“Last Saturday the 18th of November 2022 at about 9pm, we, the UJAY LAW CLASS of 2000 lost our brother, friend and colleague, STEVE ENYINNAYA EKE to the cold hands of death.

We were dumbstruck, distraught and devastated when the news filtered in, that STEVE had been brutally murdered in front of his compound by fiends from hell, in one of the suburbs of the Federal Capital Territory, Abuja.

STEVE’s death was heartrending when we heard that for over 3hours, every hospital he was rushed to refused to attend to him because he was a victim of bullet wounds, and so he bled until he gave up the ghost in the arms of his loving but helpless wife.

It is more painful that his brutal murder happened in Abuja at a time the nation’s capital is supposed to be at full alert. With the multiciplicity of security alerts from practically the whole world warning about the likelihood of security breaches in Abuja. The robbers shot Steve, made away with his car and phones, drove for more than 2hours from Nyanya until they abandoned the vehicle in the outskirts of Suleja in Niger State.”

He continued, “The Nigerian Police, which has a division about 10minutes drive to his house, failed him. The Nigerian health sector which could have possibly saved him also failed him. These are critical institutions of Government which have been left to decay by successive administrations.

Steve’s case is not an isolated one, as Nigerians are subjected daily to the same horrendous and cruel price for system collapse, which has practically turned daily survival to winning the lottery. How many more fathers, mothers, brothers, sisters and children need to die before we fix our decrepit system. Nigerian institutions failed Steve when he needed them the most. Who’s turn next?

ADIEU STEVE!
May Nigeria never happened to anyone!”

Meanwhile, Mr Ichie Magnus Onwukwe, Chairman NBA Nyanya/Karu took to his Facebook wall to “condemn, in the strongest term, this unprovoked senseless and wanton killing of Members of the Bar.”

ONE DEATH, TOO MANY! of Lawyers, et al.

We receive, with great shock and consternation the gruesome murder of a Member of the NBA who was shot (severally) by Armed-Men right in front of his aboard around the Nyanya area, Abuja on Saturday the 18/11/2022, and driven with his Car, by the Murderers, far away to Suleja, Niger State.

The NBA Nyanya/Karu Branch Abuja condemn, in the strongest term, this unprovoked senseless and wanton killing of Members of the Bar. As is in the News, is the killing of, yet another in Rivers State. We call on ALL Law Enforcement Agencies to rise to various Constitutional duties with a view of unraveling the culprits. ENOUGH IS ENOUGH!

He said ‘ we are making frantic efforts to establish contacts with his immediate family, gathering of information and necessary linkages thereto. Nothing shall be left undercover.l