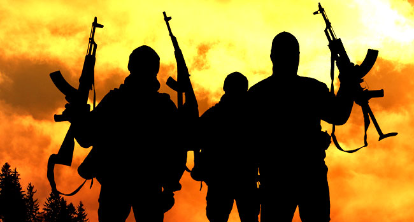 Secretary in Akwa Ibom State and the chairman of Saint John’s Catholic Church Council in Abak Local Government Area of the state,  Ignatius Brown, has been abducted by gunmen, just as a retired Police Inspector, Ayuba Mangdihis, was also kidnapped in Plateau State.

It was gathered that Brown was reportedly abducted few metres from his home after attending a church meeting with his members.

An eye witness, who identified himself as Mr Aniefiok Marcus, told newsmen in Uyo that “they (the hoodlums) trailed him from the Saint John’s Catholic Cathedral along Abak-Ikot Ekpene road and overpowered the driver close to the house at Udokpo Street, after shooting sporadically to scare away other vehicles and commuters on the road.

“When they (the kidnappers) succeeded in halting the Toyota RAV4 SUV of  Brown, they bundled the driver out, hijacked the vehicle and sped away with him lying down on the floor of the car.”

He said the car was later abandoned along the Abak-Ekparakwa road, after disappearing with the victim to an unknown destination.

The state Police Public Relations Officer, Odiko Macdon, who confirmed the incident, said one suspect has been arrested and helping the command with necessary information to track down the other kidnappers.

He said: “We have received that report already, and as we speak, preliminary investigation is ongoing. The Commissioner of Police, Olatoye Durusinmi, has detailed the Officer-in-Charge of kidnapping and other tactical teams to ensure that the victim is successfully rescued and reunited with his family.”

The state Police Command could not confirm the incident as calls to the known phone number of the Public Relations Officer, DSP Alfred Alabo, were not picked nor returned at press time.

However, a family member said: “Retired Inspector Ayuba Mangdihis was kidnapped at his residence at about 11:00 pm on 01/11/2022.

“He was sleeping when the kidnappers came knocking and requested him to open his door. When he realised that they were kidnappers he pleaded with them but they forced his door open and left with him after firing some gunshots. They are yet to contact the family for ransom as of yesterday evening. The family is in shock.

“About two weeks ago, Mr Gashon Leks also from Daika was kidnapped but later released after a ransom was paid. Incidents of kidnapping are becoming rampant in the Panyam district and it is very worrisome.”