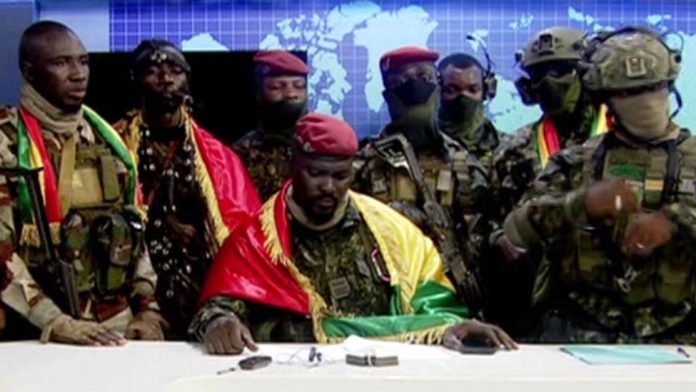 Doumbouya, head of the elite national army unit, also lifted the curfew imposed in mining areas.According to Reuters, Doumbouya on Monday told President Alpha Conde’s ministers, including the prime minister and top government officials, to return their official vehicles.On Sunday, Doumbouya-led soldiers took over Conde’s government after hours of heavy gunfire near the presidential palace in Conakry, the capital.

Doumbouya accused Conde’s government of “trampling of the rights of citizens” and disrespecting “democratic principles”.He also announced that the country’s land borders had been closed and the government dissolved.The coup has been met with condemnation from several countries.

Antonio Guterres, the United Nations secretary-general, condemned the military takeover and called for the immediate release of Conde.The African Union (AU) and the Economic Community of West African States (ECOWAS) have also threatened sanctions.The US state department also said violence and extra-constitutional measures could erode Guinea’s prospects for stability and prosperity.“These actions could limit the ability of the United States and Guinea’s other international partners to support the country,” the US said.