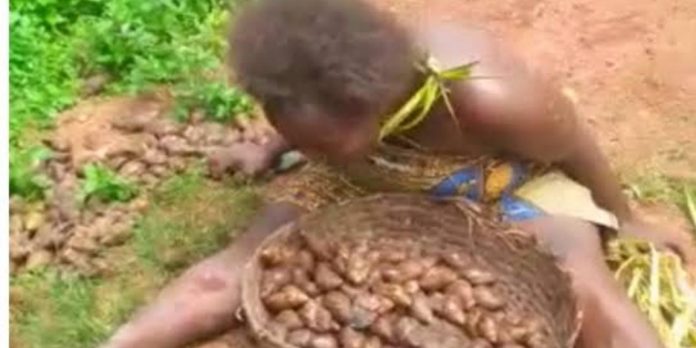 An organisation that seeks the protection of women’s rights and the girl child, Women Aid Collective (WACOL), has petitioned the Inspector General of Police, Usman Baba over the assault and brutalisation suffered by a woman.

The group asked the police chief to order a thorough investigation into the assault on a widow, Mrs. Anthonia Umeabelu Okonkwo, by some youths of Agunese Affam-Mmaku community in the Awgu Local Government Area of Enugu State for allegedly picking snails in a forest supposedly forbidden.

Mrs Okonkwo, a mother of four, was on October 22, stripped naked by youths of her community and compelled to walk around the community naked for allegedly picking snails in the forest considered sacred.

A video of the incident which went viral last week attracted public condemnation and outrage.

However, WACOL in a petition to the Inspector General of Police, dated November 2, 2022, and signed by its Executive Director, Prof. Joy Ezeilo (SAN), a copy of which was obtained by SaharaReporters on Friday, called for the arrest and prosecution of all the suspects involved in the assault.

Titled: “Urgent Appeal For Intervention,” the organisation said, “We are writing you this protest letter to report an act of inhumanity, human debasement, physical and emotional torture meted on a widow with four children (Mrs. Anthonia Umeabelu Okonkwo) living in Enugu State, by her own community.

“On the 22nd day of October, 2022, the community of Agunese Affam-Mmaku, in Awgu L.G.A of Enugu State, in the practice of brazen barbarity, stripped a widow naked, and compelled her to walk around the community in her nudity because she allegedly picked snails from a certain forest in that community, considered an evil ground.”

The organisation stated that contrary to reports in some quarters, its on-the-spot analysis of the event and visit to the hospital where the victim is recuperating indicates that the ground where the snails were harvested is not forbidden.

It noted that the suspects identified as “Sunday Nwangene, Jonathan Nwangene, Obi Nwangene, Chigazu Okpala, Okechukwu Okeke, Chukwudi Anikene, Chukwuebuka Agu, Mmaduabuchi and his father, including the girl who recorded the video, were wrongly informed,” which led to them to take the law into their hands.

The petition partly read, “She was not caught in any forbidden forest or any act in contravention of the community’s code.

“The survivor further revealed that on a fateful day, she was at her house when the above suspects arrived at her house and began to beat her, even with an iron rod, stripped her naked, and dragged her around the length and breadth of the community.

“In the process, she spotted the woman, to whom she had sold the snails, and whom she believed must have led the mob to her house.”

It added, “The suspects are mostly adult men, with a handful of women urging and cheering the men on. Again, the only man who reportedly tried to rescue the poor widow was seriously manhandled and currently receiving treatment alongside the widow at a private hospital, St. Ann Hospital Awgu, Agwu LGA, Enugu state.

“This widow, Mrs. Anthonia Umeabelu Okonkwo, her children, and the entire family, including the aged mother, are heavily traumatized and living in fear, shame and stigma making it extremely difficult for them to intermingle in the community.

“She needs protection and importantly justice to ensure that the perpetrators are held accountable. There is no place in our legal system and democracy for such jungle justice.

“Therefore, we pray Sir, that you use your good office to order an urgent investigation into the matter and prosecution of the suspects. Please accept the assurances of our highest regards.”