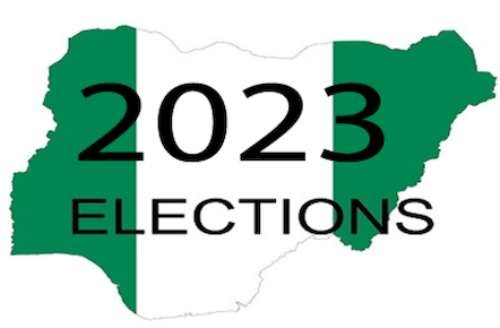 With only 44 days until the 2023 general elections, pro-democracy group, the Centre for Democracy and Development, has expressed concern over the increasing state of insecurity across the country.

This was made known in a statement signed by the Executive Director of the organisation, Idayat Hassan, on Wednesday, where the group said elements contesting the authority of the Nigerian state, had continued waves of attack, despite the directive of the President, Major General Muhammadu Buhari (retd.), mandating security agencies to secure volatile parts of the country.

Citing reports of attacks on government buildings and threats to attack voters who showed up to their polling units on election day in the South-East, the disruption of peace and order by Yoruba Nation agitators in the South-West, and the recent abduction of 31 passengers at the train station in Igueben, Edo State, in the South-South, the group said no part of the country could be considered a safe haven, considering the state of security challenges in the country.

Idayat said though the group had been monitoring the conflict situation in the country through the Nigeria Election Violence Tracker, in collaboration with the Armed Conflict Location and Event Data Project, to shape policy decisions in the build up to the 2023 general elections.

While the group called on voters to remain ready and resolute to take part in the polls, they also called on agencies charged with securing the country, to intensify efforts, and do more to make the entire electoral terrain safe.

Idayat said, “CDD has, for several months, been monitoring the conflict situation across the country in order to inform election stakeholders on possible mitigation strategies.

“Through the Nigeria Election Violence Tracker, CDD in collaboration with the Armed Conflict Location and Event Data Project, has been generating troves of data to shape policy decisions in the build up to the 2023 general elections. For the weeks of November 28 to December 12, the tracker documented the increase in violence targeting the facilities of INEC.

“Also, CDD’s SWOT analysis of 2023 elections released last year provided an overview of the extent of the security challenges confronting Nigeria as it heads into the elections.

“This research informs the CDD’s concern that the required level of public order to support the smooth conduct of elections in several parts of the country has not been attained.

“While CDD calls on Nigerian voters to remain ready and resolute to participate in the polls, it is imperative to call on the agencies charged with securing the country to intensify efforts and do more to make the entire electoral terrain safe for voters, candidates, election observers, media and poll workers”.

CDD also urged political stakeholders and presidential candidates to stop name-calling, and engage in issue-based campaigns in order not to harm the country’s nascent democracy, as it nears its seventh general election.

“Ultimately, the work of ensuring a peaceful and rancour-free election process is not limited to security agencies.

“Political actors and stakeholders have a part to play and must do so by ceasing their quick resort to violence, spreading of fake news, hate speech and the making of unguarded utterances capable of undermining public peace and harmony,” the group added.