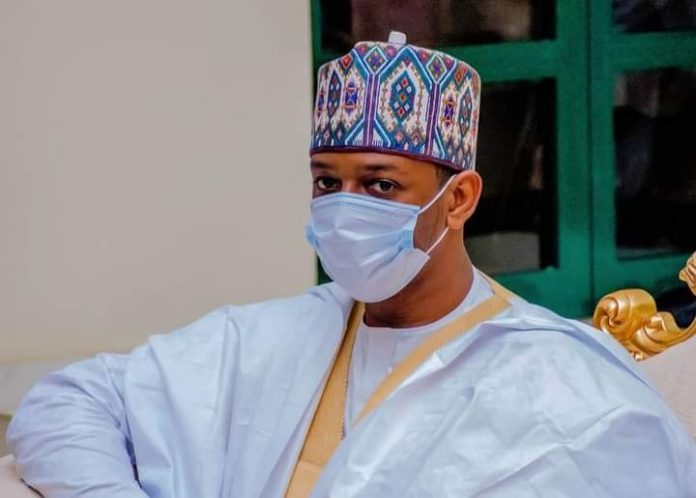 The Zamfara house of assembly has announced the service of an impeachment notice on Mahdi Aliyu Gusau, deputy governor of the state.

Shamsudeen Hassan, chairman of the house standing committee on information, announced the development at a media briefing on Monday.

The house had, on February 4, announced the commencement of an impeachment process against the deputy governor following the presentation of a formal request to the speaker.Speaking on the development on Monday, Hassan said the house had served the notice in line with the provision of section 188 of the 1999 constitution (as amended).

Section 188 of the 1999 constitution states that impeachment proceedings against a governor or deputy governor of a state on the grounds of “gross misconduct” may begin, following an “allegation in writing” signed by at least one-third of the members of the house of assembly.Speaking at the briefing, Hassan said the allegations against the deputy governor include “insubordination, abuse of office, and criminal self-enrichment”.

“Members of this honourable house, on the discharge of their constitutional duties, formally served the right honourable speaker of the Zamfara state house of assembly with the impeachment notice of his excellency, the deputy governor, in person of barrister Mahdi Aliyu Mohammed Gusau, from the office of the deputy governor of Zamfara state, on allegation of serious gross misconduct,” he said.

“Today(yesterday), being the 7th day of February, 2022, I, Shamsudeen Hassan Talata Mafara, chairman of the house standing committee on information, present to you the official position of the Zamfara house of assembly.“The speaker received the notice of the impeachment of the deputy governor from office, having satisfied the requirement of section 188 of the 1999 constitution (as amended) which requires one-third of the members of the house to endorse notice of impeachment.

“The house, under the leadership of right honourable Nasiru Muazu Magarya, accepted the notice as proper and in accordance with the provision of the law.“The speaker, in conformity with status, has duly served the deputy governor, through the secretary to the state government. For avoidance of doubt, on no account whatsoever did this house prior to the 4th of February, 2022, initiate or even intend to initiate impeachment proceedings against the deputy governor.

“However, sometime in 2021, in the month of July or thereabouts, the house officially invited the deputy governor under the provisions of section 128 and section 129 of the 1999 constitution (as amended).“The deputy governor mischievously approached the federal high court in Abuja, alleging that the house is in the process of impeaching him. The court, in its wisdom, ordered maintenance of status quo by both parties on the matter.

Meanwhile, in July 2021, Bello Matawalle, governor of Zamfara, had said he would not tolerate any disrespect or insubordination from his deputy.Both men fell out after Matawalle defected to the All Progressives Congress (APC) from the Peoples Democratic Party (PDP) in June 2021.Aliyu has, however, remained in the PDP.

Only men of integrity can fix Nigeria – Obasanjo