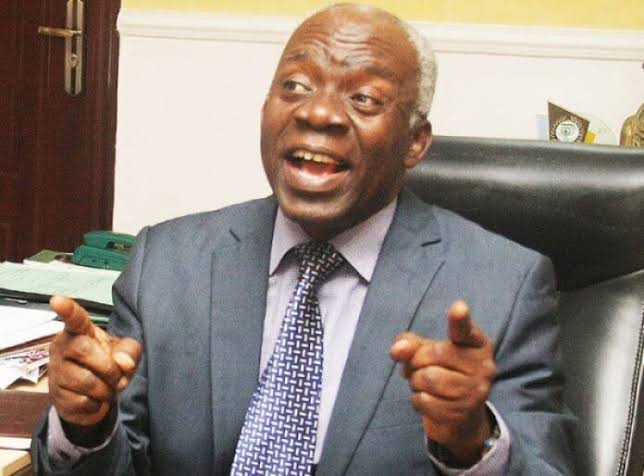 As a way to curb farmer-herder clashes, some states have banned open grazing. In a similar effort, the federal government had disbursed N24 billion to four states, including Katsina for cattle ranching. But in August, the president approved the review of 368 grazing reserves across 25 states in the country.This is despite the federal government’s National Livestock Transformation Plan (NLTP) which provides for ranching of livestock to address the farmer-herder crisis.

While speaking on Saturday at the inaugural ceremony of the Old Seminarian Association of Nigeria (OSAN) in Abuja, Falana asked why the president would approve money for ranching in Katsina, and then look for grazing routes in other states. “Take the question of animal husbandry, where herders— armed herders are killing people. This is a problem that can be solved scientifically. Today, the governors of Kaduna, Zamfara and Katsina states have banned the interstate movement of cattle. Which is a ban on open grazing. The Kano state government is investing massively in RUGA settlement,” he said. “In July, President Buhari gave N6.2 billion to Katsina state government for ranching. So if you are giving money for ranching to Katsina state, why are you now looking for grazing routes in other states?

In any case, the federal government never had a grazing reserve or grazing route. They were owned by the government of the old northern region. And we are talking of the 19 northern states now. So, what the federal government never had cannot be reclaimed.“This problem should be left to the states because aside from the federal capital territory, the land in every state is vested in the state governor on behalf of the people. So, the federal government should not continue to cause problems for our people.“This is a country of wonderful opportunity. We have always been united in our diversity. Right now, our country is sharply divided. Christians against Muslims, one ethnic group against another, and these are all diversionary tactics by the ruling class to keep our people divided.”The senior lawyer added that the problem of Nigeria is the same, as poverty is prevalent everywhere.