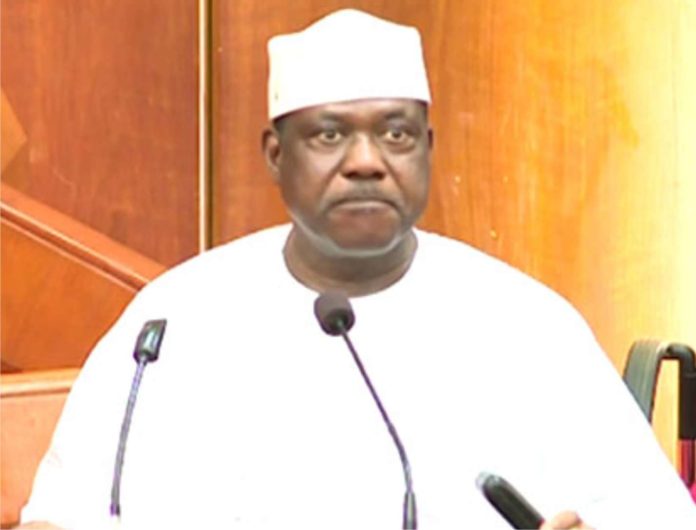 The Federal Government is losing millions of naira as tax from revenue generated yearly from the lottery and games industry, the Minister of Special Duties and Intergovernmental Affairs, Senator George Akume, has said.

Akume, who stated this in Lagos at the first National Gaming Conference hosted by the National Lottery Regulatory Commission, expressed concern that for 10 years the government was realising only N 1 billion yearly from the industry when other countries were recording billions of dollars as revenue.

“The 2019 reports indicate that gaming in Nigeria, including international stakeholders, generated in excess of N250 billion. Yet, revenue to the government did not exceed N1 billion for the same year. This is not only disappointed. It is unsustainable and unacceptable.’’

He noted: “As we may all be aware, the Lottery Commission was created in 2005 through the Act of the National Assembly to enable the government to properly organise the operation of lottery business in Nigeria that was hitherto an all- comers affair. Various stakeholders have made efforts to enhance revenue generation for the government through the lottery/gaming industry, however, it is saddening to note that lottery revenues continue to fall short of industry potential and expectations largely due to various conflicts of interest.”

He attributed to this to lack of regulation, adding that it was hindering the government from realising huge revenue from lottery, despite its potential as a wealth generator.

According to him, a national gaming bill that will boost revenue will be out before the end of the year.

The bill, which is repealing the National Lottery Act (NLA) 2005 and the Gaming Act, will provide for a Central Monitoring System (CMS).

“In line with the 2021 Appropriation Act, the government has considered acquiring a CMS for the gaming industry in Nigeria. The CMS will enable the commission and its sister agency, the National Lottery Trust Fund to perform maximally in their regulatory functions and provisions of lottery good causes.”

According to him, gaming in Nigeria will continue to grow and that the government was determined to position it as an important employer and provider of meaningful returns to the economy.

The Director-General, National Lottery Regulatory Commission, Mr Lanre Gbajabiamila, was optimistic the National Gaming Bill 2021 will be passed into law before the end of the year.

He said: “We believe that this new law will lay to rest contentious matters and suffice to accommodate current or future technological advancement and changes within the industry.”

According to him, the monitoring system would guarantee that all earnings due to the government on lottery were accurately collected, adding it would stop loopholes and drainages in the lottery business.

With the arrangements being put in place, he said lottery would soon be contributing significantly to the federal treasury as it has done in other countries.