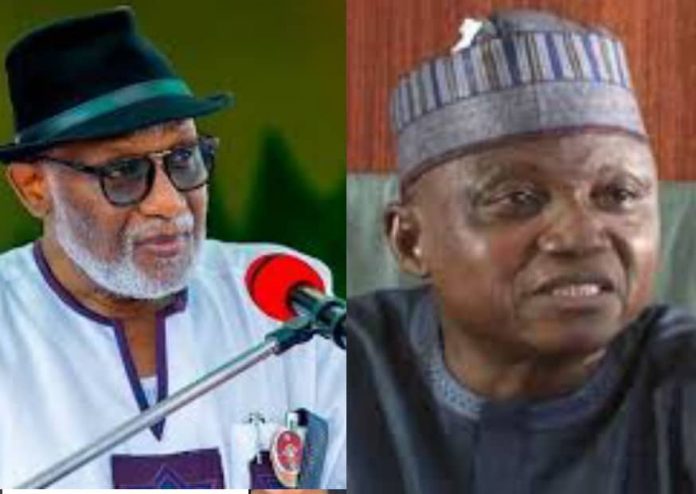 In a very recent development, the Ondo State Governor, Mr Rotimi Akeredolu, SAN, directed all the Fulani herdsmen residing within the forest reserves in the State to within seven days, vacate the forests. This call came as a result of the incessant and seemingly unending carnage, banditry, kidnappings and killings being perpetrated by Fulani herdsmen within the State who have now earned the title of ‘bandits’. The governor, as the Chief Security Officer of the State gave this directive after receiving briefings from the State Security Council amidst reports of countless numbers of killings and kidnappings.

The directive appeared not to have been pleasantly received by the Presidency who, through the Senior Special Adviser to the President (not Presidency) on Media and Publicity, Mr. Shehu Garba condemned the order and vehemently opposed it. This has led to so many commentaries on the legality or otherwise of a sitting democratically elected executive governor of a State in Nigeria to give such a vacation order.

Firstly, it is important to note that the order was not one directing the herdsmen to vacate the State. It is an order directing them to vacate the ‘forest reserves’ because most of the kidnappings and killings in the State were traceable to those hideouts based on certified intelligence reports. For the avoidance of doubt, the governor’s directives are reproduced hereunder;

“All Forest Reserves in the state are to be vacated by herdsmen within the next 7 days with effect from today, Monday 18th January 2021. Night-grazing is banned with immediate effect because most farm destruction takes place at night. ‌ Movement of cattle within cities and highways is prohibited. Under-aged grazing of cattle is outlawed. Our resolution to guarantee the safety of lives and property within the state shall remain utmost as security agencies have been directed to enforce the ban’’.

As the Chief Security Officer of the State who had taken an oath under the 7th schedule to the Constitution of the Federal Republic of Nigeria, 1999 as Amended to protect the lives and properties of people residing in the State, the governor had given this directive. It is important to note that it is in furtherance of this responsibility to protect lives and properties that the governor, like every other governor, is allocated a security vote on a monthly basis by the federal government. The security vote which is held by the governor in trust for the people is to be utilized for the safety of the lives and properties of the people. The governor as the Chief Security Officer of the State and as the custodian of all the lands and forests within the State has the power to direct all illegal and criminal occupants to vacate any part of the State not lawfully occupied. The forests which has become a hideout for criminal elements masquerading as herdsmen is due for cleansing and that is what the governor has just done.

Section 1 of the Land Use Act, 1978 vests the authority over State Government lands on the governor thus;

Although without a specific mention, the argument by Mr Garba Shehu may have been informed by the fragile nature of Nigeria’s ethno-religious atmosphere and the provisions of the Constitution of the Federal Republic of Nigeria, 1999 as Amended, particularly at section 41 which provides thus;

Suffice to state that there is, as always, a proviso to that provision in subsection 2, thus;

The import of the above provision is that the freedom by Nigerian citizens to live anywhere within Nigeria is not entirely sacrosanct. Where they are found to constitute threats to the security of the State or place of residence, steps can be taking by the authority charged with the responsibility of protecting lives and properties to restrict them.  The governor, for all intent and purposes has done excellently well through this directive which is aimed at protecting the lives and properties of the people he has sworn to protect.

In the final analysis, the statement by Mr Garba Shehu which is very doubtful to have emanated from the ‘Presidency’ is to say the least an attempt to incense the polity and clothe a strictly security issue with a false toga of ethno-religious sentiments. We believe this is not good for our very fragile socio-political environment.

Ehiwe O. Samuel is a Lagos based lawyer. He is also the Senior Special Assistant on Policy Development and Strategic Communication to the Action Democratic Party Governorship candidate Edo State Election 2020.