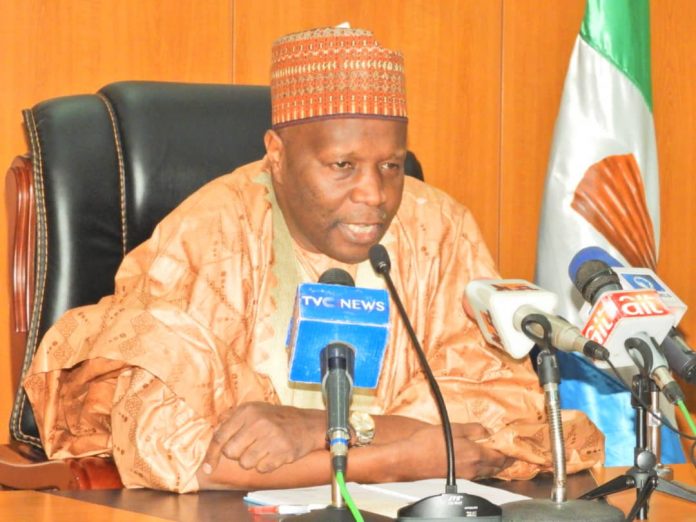 Gombe State Governor Inuwa Yahaya said the move by Lagos and Rivers on VAT was a wake-up call.

According to him, if the income from VAT ceases, the state would be unable to pay salaries.He noted that 35 per cent of the state’s earnings were from VAT.

He said the reason the two states could boast over VAT collection was because of the industries they have in their states, hence, “we must wake up to the reality on the ground.’’

Also yesterday, a Northern group, the Arewa Youth Initiative for Peace and Good Leadership, faulted the Southern Governors Forum for endorsing VAT collection by states.The governors decided at their meeting in Enugu last Thursday to join the VAT collection battle.The group’s President, Mohammed Katun, said in a statement: “It’s saddening that the southern governors quickly forget that it was Northern region that built the southern region economy that they are bragging about today.

“We must all be our brother’s keepers as a united country for us to progress and develop together because one three can’t make a forest.“What is Lagos without the rest of Nigeria? The market Lagos is boasting of is dependent on the larger part of the country.

“The Benin Republic has a port; Togo has a port; do they have the population to back up the ports? Without us providing the demand part, what will be Lagos?“VAT serves them and us. We provide the bulk of the market because without the rest of the states, what is Lagos or Port Harcourt?”The group urged Southern governors to keep their radical posturing aside and embrace dialogue with their Northern counterparts for a greater and united Nigeria.The confusion over the VAT collection began with the August 9 judgment of Justice Steven Pam of the Federal High Court in Port-Harcourt, the Rivers State capital, which voided the VAT Act and empowered states to collect VAT.Following the judgment, Rivers and Lagos states passed laws empowering them to collect VAT. The FIRS appealed the judgment but lost an application for a stay of its execution.But the Court of Appeal on September 10 ordered parties to maintain status quo antebellum.Dissatisfied, the Rivers government urged the Supreme Court to set aside the Court of Appeal ruling ordering status quo.It also urged the apex court to disband the Appeal Court panel and order the constitution of another one to hear the case.Last Thursday, Rivers and Lagos urged the Court of Appeal to stop FIRS from collecting VAT pending the determination of the issues.A member of the Lagos State House of Assembly, Setonji David, said that the state would go ahead with the implementation of its VAT Law despite the Appeal Court order.