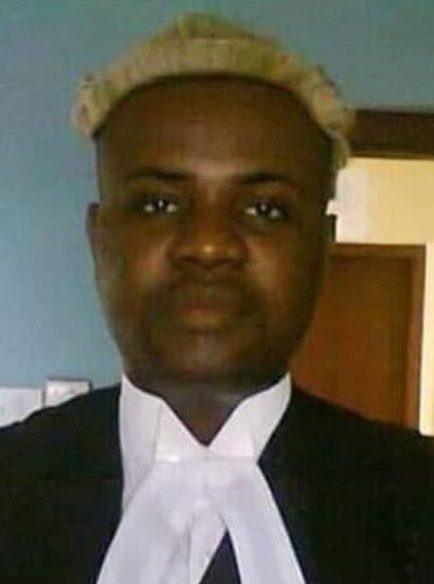 It is another NBA election season. As has become normal in our Association, petitions are flying around seeking the disqualification of some candidates for alleged non-qualification or infraction of the NBA Constitution. Some petitions are written for altruistic reasons while yet others are written for political reasons – anything that removes a strong opponent and confers advantage on one’s preferred candidate is deployed.

This explains why some petitions seek the disqualification of some candidates on the ground that they have pending disciplinary matters or that they lied to a court. It does not matter that there is no adverse finding by the LPDC, LPPC or even a court of law against such candidates. It also does not matter that the ECNBA (Electoral Committee of Nigerian Bar Association) does not have the power to delve into disciplinary matters. Equally unimportant to such petition writers is the fact that there is no constitutional provision on which to found the requested disqualification.

One of such petitions, which I find quite interesting, is seeking the disqualification of a candidate on the ground that even though he was appointed a member of NBA NEC (now National Executive Council), he failed to attend three consecutive meetings of NBA NEC. To this petition writer, it is immaterial that NEC did not at any time declare that the candidate’s NEC membership was terminated as a result of the alleged failure to attend three consecutive meetings. Equally unimportant to the writer is the fact that the candidate continued to receive Notice of NEC meetings and also participated in NEC activities for the period from 2018 to 2020. Unfortunately for the petition writer, his wishful thinking is a far cry from the spirit and intendment of NBA Constitution as well as case law on such matters.

NEC did not at any time declare that the candidate in question was no longer a member of NEC. Assuming without conceding that the candidate did not attend three consecutive NEC meetings, it is clear that NEC ought to give him a hearing before terminating his membership of the body. The petitioner did not in any way, show that the candidate was ever given a hearing in line with Section 8(8) of NBA Constitution to “show reasonable cause for such absence to the satisfaction of the National Executive Committee”. One then wonders why the writer decided to take to the social media to sensationalize an unnecessary matter.

It bears repeating that before NEC can take any adverse decision against any member who allegedly failed to attend three consecutive NEC meetings or commit any other infraction, NEC must accord him/her the right to fair hearing as guaranteed by Section 36 of the Constitution.

In LAGOS STATE DEVELOPMENT AND PROPERTY CORPORATION & ORS v FOREIGN FINANCE CORPORATION (1987) 1 NWLR (pt. 58), the Court of Appeal, per Ademola J.C.A. held that:
“The Constitution in section 33(1) lays down that a tribunal adjudicating upon the right of any person, must before reaching a decision give that person a right of hearing. The LAND USE ACT and the provisions of it are part and parcel of the Constitution of Nigeria… I think that when a Governor or his official is acting in an official is acting under Section 28 of the Land Use Act to revoke the right of occupancy already granted to a person, he is in my opinion in the position of a tribunal under the constitution who while exercising the power of revocation is adjudicating on the civil right of the grantee, which right is inclusive of his property right and interest. I think one must import the right of fair hearing into section 28(1) of the Land Use Act. The courts in this country have a duty under the constitution to see that executive actions are in conformity with the fundamental rights of persons and also to see that all organs of government observe the provisions of the constitution”.

This decision was affirmed by the Supreme Court in OSHO v FOREIGN FINANCE CORPORATION (1991) 5 S.C. page 59 at page 81 when the court affirmed that even though a law does not provide for fair hearing before a decisions affecting a person’s right is taken, that person must be accorded a right to fair hearing before such a decision is taken. As held per Obaseki, JSC at page 81 in respect of right of occupancy “Prudence and the law demand that a Governor revoking a right of occupancy for public purposes or for any purpose should accord all those aggrieved by the revocation fair hearing as provided in section 33(1) of the Constitution if revocation is for breaches of the terms of the certificate of occupancy”. Section 8(8) of NBA Constitution does not need this advice as it already incorporated the right to fair hearing.

I have no hesitation in noting that the petitioner therefore misconceived the provision of the NBA Constitution in wrongly stating that a particular candidate for NBA Presidency lost his NEC membership, as we say “just like that”, because he purportedly failed to attend three consecutive NEC meetings. Without a doubt the petitioner erred in believing that NEC can take an action affecting the NEC membership rights of a person, without according him his right of fair hearing.

It is therefore in accord with common sense that the NBA NEC cannot revoke a person’s membership right, without first giving such member fair hearing. I do not need to dwell on the fact that ECNBA lacks the power to delve into the matter which the NEC that came to an end in August, 2020 failed to do. I advise all candidates who have no valid reason for complaint to focus on reasons why the electorate should prefer them to their opponents. We must focus on issues, not on propaganda and subterfuge .