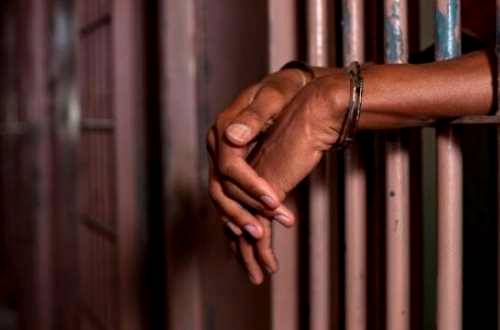 A Circuit Court in Tamale, the northern region of Ghana has sentenced a 41-year-old Nigerian woman to five years in prison for human trafficking and forced prostitution.

The woman, Blessing Favour, a resident of Tamale city, pleaded guilty to human and sex trafficking and was convicted on her plea.

The presiding judge, Alexander Oworae, however, declined the plea and handed her a five-year jail term, according to Ghanaweb on Wednesday.

Favour who pleaded for mercy also told the court she had regretted her action, adding that she was a single mother.

She collapsed in the dock after the judge pronounced his judgment, but Oworae said the verdict would serve as a deterrent for others

The culprit on Monday, December 5, 2022, pleaded guilty to charges of human trafficking and forced prostitution after she was arrested.

She had smuggled young women from Nigeria under the pretext that they were coming to work in Ghana but ended up in a brothel in Tamale and “Dollar Power” a mining community in the Savannah Region.

Ghanaweb said on Sunday, December 4, 2022, one of the victims who was pursued by Favour when she tried to escape coincidentally fell into the hands of the Police.

The victim saw the Police while she was being chased and raised an alarm leading to the arrest of the suspect.