Gani Would Have Mobilized Support For ASUU. 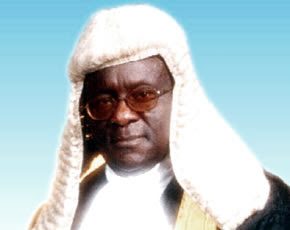 Members of the National Conscience Party (NCP) have said that Gani Fawehimi, the late human rights activist and Senior Advocate of Nigeria, would have come to the aid of the Academic Staff Union of Universities (ASUU) by mobilizing massive support for them had he been alive.

They made this claim on Tuesday during a rally organized to commemorate the eight-year anniversary of Chief Fawehinmi’s death.

The chairman of the Gani Fawehinmi Memorial Organization (GAFAMOrg), Bayo Oguneye, condemned the manner in which the federal government is handling the ongoing ASUU strike, stating that Chief Fawehinmi would have lent his voice to their struggle for better education in the country.

Reacting to the report of N120 billion fraud allegation linked to Inspector General of Police Ibrahim Idris, Mr. Oguneye said the late advocate would have led an anti-corruption protest to Abuja, demanding proper investigation of the said allegation.

“The unjust demolitions here and there in Lagos State, Gani Fawehinmi would have come to the rescue of the people,” the chairman said.

Another member of the party claimed that no one has been able to match the curriculum vitae of the NCP founder.

“Gani has been a fighter of injustice in the country; somebody who has fought oppression to a standstill. He is somebody who distastes injustice to the core,” the publicity secretary of the NCP said.

“What we have today are so-called human rights lawyers who are government agents. They cow-tow to authorities for free meals. If Gani were to be alive, he would have instituted several cases in court to fight corruption.

Chief Gani Fawehinmi was a well respected social critic, author, and human rights lawyer who died in 2009 at the age of 71.