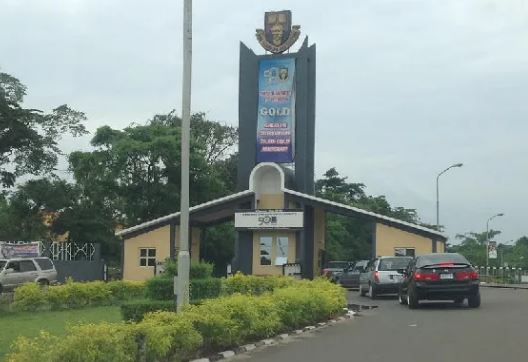 – We are shut out – Deceased’s family

– They are frustrating investigation – Adedoyin’s counsel

Adegoke was in Ile-Ife from Abuja to write an examination at Moro, a campus of the university, lodged into Hilton Hotel and Resort before he was declared missing and eventually found dead.

Five workers of the Hotel and its owner, Chief Rahman Adedoyin were arrested in connection with the matter and were currently detained at the Osun police Command headquarters, Osogbo.

A petition written to the Osun Commissioner of Police, Olawale Olokode by counsel to the deceased family, Wemimi, Adekilekun & Co dated November 19, accused police of keeping the family in the dark since the commencement of the matter.

The petition states, “It would be recalled that the news of sudden disappearance of the Victim who was in lle-Ife for the purpose of writing his MBA Examination 1first broke and reported at Edunabon Division under your command sometimes last week. Your officers and men have, under your watch, performed wonderfully well in the investigation of the most horrific and heinous crime so far. The family1 of the victim hereby appreciate you and commend your gallant and intelligent officers for the sterling performance and startling revelations and progress so far.

“Our clients have however informed us and we understand that since the commencement of investigation into the dastardly act which has been linked to the owners and management of the Hilton Top Hotel, Ile-Ife, the exhumation of the decomposing body of the victim, the arrest and detention of Ramon Olagoke -Adedoyin and other suspects; the family has been left in the dark and has not been carried along in the progress made so far.

The palpable fear being nursed by the family as a consequence of the silence from your end towards the family is further heightened by a series of unfounded and baseless press releases issued by the Hilton Top Hotel lle-Ife trying to cover up their Achilles’ heels and the roles played by the suspects in the murder which are designed and calculated to mislead the curious public and interfere with the whole investigation of the crime.

The fear being exhibited by our client was lent more credence when your Command Public Relations Officer, Yemisi Opalola, granted an interview on FRESH FM radio Osogbo and she said, “Dr. Adedoyin is still very much in police custody here In Osun”, “if in the course of our investigation, we are required to transfer him to the Force Headquarters in Abuja, we would do so. For now, however, he is still very much in our custody”.

We would like to stress that the family’s concern is not out of place, going by the report about Adedoyin who is being touted to be an influential personality. One then begins to wonder what Abuja has to do with this investigation. We believe in your command and we know we can get the best from your end rather than Abuja.

While commending the Police for the height attained so far in the discreet investigation of this case, we hereby demand that the family and their counsel be carried along and properly briefed of all developments and feats recorded as the investigation continues so that we would be seized of the facts right from the horse’s mouth for proper advice and guidance of the family who is much distraught and downcast over the loss.

It should not be forgotten in a hurry that the victim was a Student of OAU lle-Ife till he was murdered in cold blood. Other students are presently preoccupied with examinations after which they may be out of control if the family and the entire public are not carried along and properly updated on the progress in the case.

We vehemently urge the police authorities to expedite action on the case in the interest of justice and ensure that the perpetrators of this heinous crime against the soul of the victim are in court at the earliest practicable time for the law to take its course. The victim’s soul cries for justice!!!

However, counsel to Adedoyin, Mr Williams Abiodun said the family was carried along throughout the preliminary investigation, as a family representative, Olagbade Adegoke was with the police all through.

He added that the family seems to be afraid of autopsy because they refuse to make themselves available for the exercise last Friday, despite earlier notice by the police.

“The Commissioner of Police has insisted that the autopsy must be done on Monday. Initially, it was supposed to be done last Friday, but the deceased’s family were not available. All the three pathologists were there, the police were there, I was there too.

“We waited from 12 to 3 pm and they did not show up. They promised to be around on Monday for the exercise at the Osun State University teaching hospital where the body was deposited”, he said.