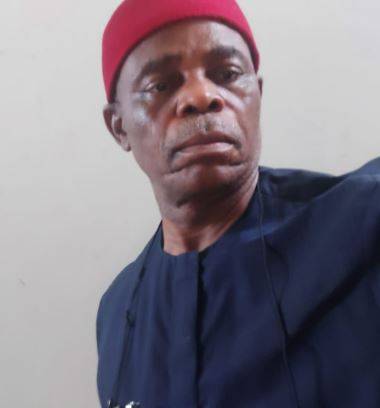 A pan-Ndokwa socio-cultural group, Ndokwa Neku Union, NNU has urged the Federal and state governments to declare emergency over the flood situation ravaging Ndokwaland in Delta State and swiftly step in to rescue the people.

The President General of NNU, Brigadier General Mike Ndubisi, in a statement made available to newsmen in Kwale, Delta State, lamented that efforts made to rescue victims of the flooding were not enough and challenged the National Emergency Management Agency, NEMA and its state counterpart, SEMA to step up actions by sending relief materials including medicals to the victims at the various Internally Displaced Persons, IDP Camps particularly those in the Technical College, Kwale premises and Uzomuku Primary School in Ashaka, Ndokwa West and East Local Governments respectively.

“The flood,” according to Ndubisi, stated, “Ndokwaland from  Afor, Ashaka, Aboh, Utchi through other communities in the worse hit Ndokwa East have been completely submerged by the surging flood which he noted may not recede soon due to its current momentum thereby endangering the lives of the people who he said are homeless.”

“Governments’ approach in the rescue efforts is slow,” with Chief Ndubisi urging all tiers of government to rise to the occasion and declare the flood disaster a national emergency.

The statement expressed appreciation to “Those individuals who had in one way or other contributed to the ongoing efforts at alleviating the sufferings of the people concerned in what he described as a disaster of immeasurable magnitude currently pervading the Ndokwa/Ukwani Federal Constituency.”

“The NNU is deeply saddened by the flood, with no end in sight for now,” adding, that “the current flood is the worst in the history of Ndokwaland”, even as he expressed appreciation to the ‘administrators’ of the three local government areas that make up Ndokwa nation for their efforts thus far, but, he was quick to call for more actions to help the people out of their current dilemma.

To Chief Ndubisi, the oil companies operating in Ndokwaland also cannot afford to play the ostrich while the land and her people are being washed away and on of this note, he called for concerted efforts by the companies to deploy resources and palliatives to cushion the “devastating effects” of the flood in Ndokwaland describing it as that land, that lays the golden egg for the Nigerian State.

The statement further said, a committee has been set up by the NNU to monitor minute by minute developments in the flood ravaged areas and also interface with governments across board on how to handle the immediate and the long term effects of the situation in a post flood era in Ndokwa land.

“Ndokwa people’s lives in the riverine areas,” Ndubisi said, “will never remain the same again,” adding that “the already bewildered people who hitherto live in squalor

have gotten their conditions of living worsened by the flood.”

“This is the time for politicians of Ndokwa extraction to show the people their much professed love by coming to the aid of the drowning Ndowa elders, women and children who are hopeless in the face of the debilitating disaster that has befallen our nation.

“We need the FG to expeditiously rise to the occasion by immediately sending relief materials to our people. Our representatives owe us a duty of care in this trying times as we also call on donor agencies all over the world to rescue Ndokwa nation from what nature has brought upon us. The state government and oil companies are not left out in the Save Our Soul, SOS message. We want to see and feel the impacts of governments in the calamities that has befallen our nation without further delay to forestall collateral damages,” the statement said.