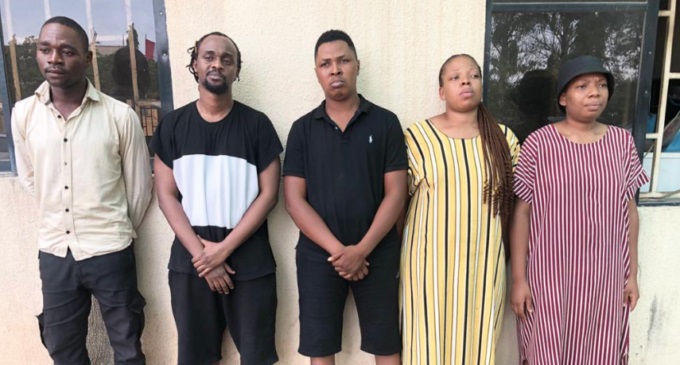 Femi Babafemi, NDLEA’s director of media and advocacy, disclosed this in a statement on Sunday.

Babafemi said the cartel sold illicit substances such as “marijuana”, “arizona”, and “colorado” online to residents of Abuja and its environs, using the cyber space for marketing.

He said five members of the group were arrested during sting operations carried out between Friday and Saturday by the FCT command of the agency.

“They also market and sell all types of marijuana, Arizona, Colorado, Loud, among other illicit drugs online.

“Samson Peter on the other hand is the Manager of SK Express courier company, who manages motorcycles and despatch riders to deliver illicit drugs from Collins and drugged edibles from Queen and Chika.

“Members of the cartel operate from different locations within the Federal Capital Territory but operate as a network.”

He explained that supplies of brownies and cookies were delivered and received from different SK Express despatch riders at various times by narcotic operatives before the final sting operation.

Other products confiscated from them include 0.9 grammes of ecstasy, 300 grammes of skunk, 200 grammes of loud, despatch bikes, ten telephone handsets, and two laptop computers.