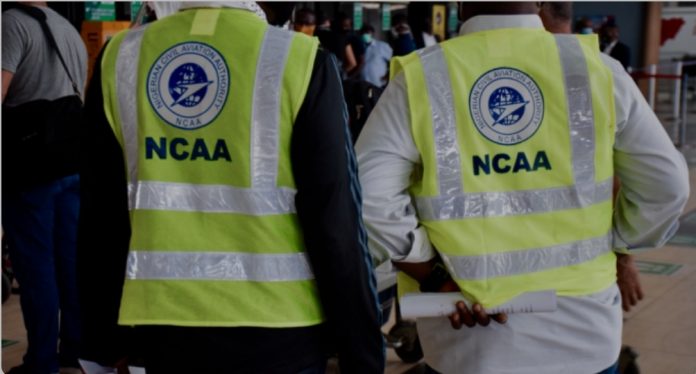 The Nigerian Civil Aviation Authority (NCAA) has said that it was yet to receive official communication from the government of the United Arab Emirates (UAE) on the lifting of flight restrictions placed on Nigeria and 11 other African countries following the discovery of Omicron variant of COVID-19 in South Africa late last year.

The agency however said that once an official letter was received from the UAE, the Ministry of Aviation and the Presidential Steering Committee (PSC) on COVID-19 pandemic would act appropriately.The Director-General of NCAA, Capt. Musa Nuhu who made this known yesterday in Lagos, disclosed that the Country Manager of Emirates Airlines visited his office on Thursday to convey the lifting of the flight services restriction on Nigeria and 11 others.

But, he said that the NCAA could not act on it until the UAE Civil Aviation Authority writes officially to the Nigerian government through the diplomatic channels known to the two parties, maintaining that flight operations between the two countries was based on Bilateral Air Service Agreements (BASA) arrangement.

“The Country Manager of Emirates Airlines came to my office yesterday (Thursday) and he submitted a letter of release by the Dubai Airport lifting the ban on Nigeria and 11 other African countries. Of course, we still have some protocols that have to be complied with. I think it is acceptable.“But, what I told him is that the issue of flight operations between Nigeria and UAE is based on BASA. Nigeria as a government, we don’t deal with an airline, we deal with the authorities of UAE.

So, what I told him is that the Civil Aviation Authority of UAE should write to us officially through the diplomatic channels. When we have that it means the Nigerian Government is in official communication from UAE. As soon as that letter comes in, I am sure it is going to come maybe today (Friday) or tomorrow (Saturday), we will act on it.“Unofficially, we are not aware because I need the UAE CAA to officially inform me through government to government channel. So, when we get that it becomes official,” the director general said.

Nuhu recalled that the regulatory authority had rescinded its decision to restrict operations of Emirates Airlines to one frequency weekly and to Abuja Airport only, stressing that the government took the decisive decision then when the UAE CAA could not grant Air Peace the three frequencies it requested for to fly into Sharjah Airport, while the government granted it 21 weekly frequencies.UAE on Thursday announced plans to lift its entry and transit ban on travellers who had recently visited Nigeria, South Africa, Kenya, Ethiopia and eight other African countries.

The lifting of the ban was made known by the National Emergency Crisis and Disasters Emergency Management Authority (NCEMA).The ban was initially imposed in light of the Omicron variant of COVID-19.