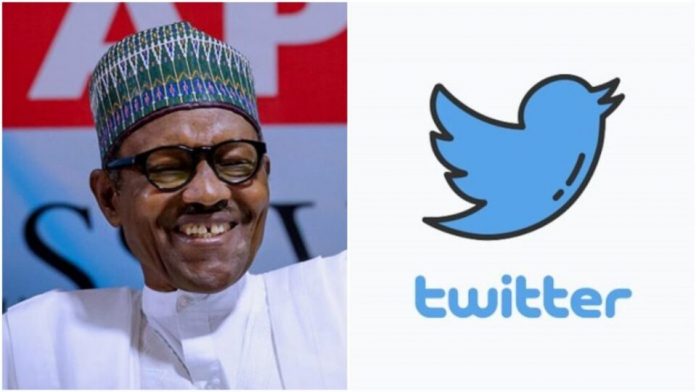 The government recently outlined the conditions that the US business must meet in order for its services to be reinstated in Nigeria.

It stated that the company must be registered with the Corporate Affairs Commission (CAC), receive a license to operate in Nigeria from the National Broadcasting Commission (NBC), and pay taxes to the Nigerian government.

Furthermore, it must not offer its platform to those attempting to destabilize the country, according to the authorities.

Mohammed, who explained that Twitter had made contact with the government for “senior-level talks”, said what is important to the government “is the sovereignty of Nigeria”.

The minister said all other Over-The-Top (OTT) service providers must run as real businesses in Nigeria by paying their taxes.

Speaking on the ‘sins’ of Twitter that led to its suspension, he said the platform provided an avenue for people that are threatening the corporate existence of Nigeria.

According to him, the owner of Twitter helped to fund last year’s #EndSARS protest while allowing the leader of the Indigenous People of Biafra (IPOB), Nnamdi Kanu, to use the platform to call for the killing of policemen.

He said Twitter failed to take down Kanu’s tweets despite repeated requests to do so.

The government spokesman said freedom of speech had not been stifled by the suspension of Twitter, because Nigerians could still use other platforms such as Facebook and Instagram.

He also denied that the suspension was not effective, arguing that Twitter is losing money as a result of the action.

On Twitter’s overtures for talks, he said “yes, it is true. Only this morning (yesterday), I got communicated that yes, they are now ready to hold senior-level discussions with us. Just now. I can confirm that, I just confirmed with my colleague now. We just got the information”.

He promised that the government would hold talks with the firm.

“We will. Our conditions are already laid out: one, to do business in Nigeria, they must register as Nigerian companies; two, you must be licensed. Three, they will have to refrain from using the platform for activities that are inimical to the growth of Nigeria, to the corporate existence of Nigeria. From there, any other issue will come in. We already talked to them.

He also took time to explain what led to the ban on the operations of Twitter, by debunking claims of it being in reaction to the removal of some of President Buhari’s tweets, relating to the Nigerian Civil War.

“As you are aware, last Friday the federal government suspended Twitter operations in Nigeria indefinitely, and the reason we gave was because of the persistent use of the Twitter platform for activities that are capable of undermining Nigeria’s corporate existence.

”On Friday, also the government directed the regulatory body, the National Broadcasting commission, to immediately commence the process of licensing all OTT, Over The Top social media operations in Nigeria.

”And I believe that we’ve done that I think by today, that advert is out asking that all OTT, and social media coverage operating in Nigeria should apply for registration and licensing.

”I want to repeat that it is because Twitter has consistently made its platform available to those who are threatening Nigeria’s corporate existence.  That is the reason for suspending their operations in Nigeria.

”We have found out that Twitter is the platform of choice for a particular separatist leader who resides outside the country and issues directives to its members to attack symbols of government authority, such as the police, the military, the Electoral Commission offices, correctional centres, etc. And this is being done willfully and consistently without any consequences from Twitter.

”You know, no country worth its name will not tolerate that. And no company, no matter its self importance, will force any nation to accept this.

”It may interest you to know that most of the OTT and social media platforms operating in Nigeria do not have any office in Nigeria and do not pay taxes to the Nigerian government for the billions they earn here. That is not the best practice globally, and that is why we are insisting that for you to operate in Nigeria you must first be a Nigerian company and be licensed by the broadcasting commission”, he said.

“And in any case, like I have said in several fora, it is because we have a country called Nigeria that we can start talking about free speech. And of course, there has to be a country before people can able to transact their businesses using social media platforms.

”When I addressed you on Wednesday, I said, among other things that Twitter’s mission in Nigeria is suspect. And I went further to say yes, that Twitter funded the EndSARS protests in Nigeria last yea and people have challenged it.”

Citing the fact-check done by an online newspaper, he accused the founder of Twitter, Jack Dorsey, of finding the #EndSARS protest.

He added: “So, whether he donated money himself or helped to raise money, the Twitter owner is one of those who helped to fund the #EndSARS protests that was later hijacked leading to loss of lives and massive destruction of property.”

The youth wing of  All Progressives Congress (APC)  yesterday endorsed the suspension,  arguing that a company without legal personality in Nigeria cannot be allowed to do as it pleased.

He said: “The suspension of a non-legal entity in Nigeria who feels it is okay for it to delete a tweet of the President without a recourse to a conversation with the government representatives is in order.