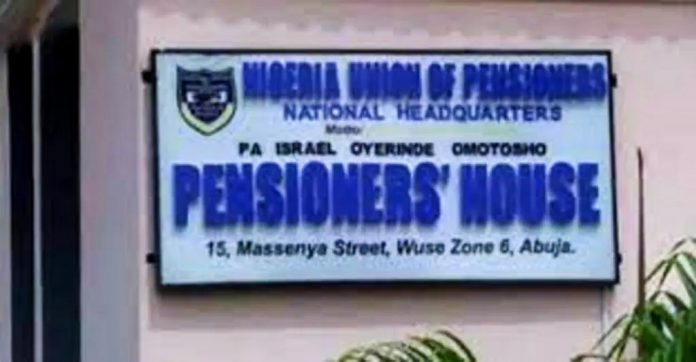 The Federal Government has conducted another round of biometric verification exercise for about 21,000 bonafide pensioners who were not verified during the 2019 exercise held in the South-West.The five-day exercise for Federal Civil Service retirees under the Defined Benefit Scheme, DBS, was done recently in Ibadan, Oyo State, by the Pension Transitional Arrangement Directorate, PTAD.

PTAD’s Executive Secretary, Dr Chioma Ejikeme, explained that the exercise was basically for Federal Government pensioners who were left out during the 2019 exercise held in the South-West region.According to her: “What we are actually doing now is a mop-up verification, it is not like the few verification that we did in 2019. After the review of the 2019 verification exercise, we have to validate it. And in the process, we moved people who were on our payroll who are not yet verified.

So, a lot of them have been coming back and this was in October 2020. Then we moved about 21,000 pensioners who were not verified but they were on the payroll.” Ejikeme informed that some of the retirees had been returning to prove they were qualified and bonafide pensioners, saying they were in Ibadan for a mop-up verification due to their number.

She said: “The exercise is for those we felt are bonafide pensioners but were not captured in the earlier exercise. We are asking them to take advantage of this opportunity to get verified because without that verification, we won’t have them on our database.” The Executive Secretary said the agency had improved on its activities to get rid of the challenges that bedeviled the old pension regime.

Ejikeme said: “When PTAD was established, it inherited myriad problems that had bedeviled the old pension offices, namely: Police, Civil Service, Customs, Immigration and Prisons, CIPPO, as well as the Boards of Trustees of Parastatals and Agencies, which were poorly managed and underfunded. There was no formal database of pensioners’ records.

“There were incomplete payrolls and reported instances of ghost beneficiaries as well as allegations of pervasive fraud in the operations of the offices.”Some of the pensioners expressed happiness over what they called the ‘change agenda’ from the Executive Secretary of the organisation.

Mr Seyi Adeniyi, a Federal Government pensioner, said that the pension administration in Nigeria was nothing to write home about due to fraudulent practices.“The system was notorious for fraud. There were government officials who engaged in the diversion of funds earmarked for pensioners to personal use.“The situation has changed following the measures and structures put in place by the PTAD management.

It has sanitised the system and restored hope to pensioners.“A lot of material and human resources have been deployed to make the agency deliver on its goal,” he said.Mr. Kunle Ajibade, a pensioner, described the exercise as very smooth, commending the management of PTAD for putting up a water-tight arrangement for the smooth conduct of the exercise.“The process is very nice and smooth. Once you have your whole documents, you have no problems, in some few minutes you are done.

“The documents they request from you are letter of your first appointment, letter or gazette of confirmation of your appointment, letter or gazette of your last promotion, birth certificate or declaration of age and National Identity, Card.“The way they do it now is so nice because the exercise is well-coordinated and orderly. It is first come, first served. I commend PTAD,” he said.