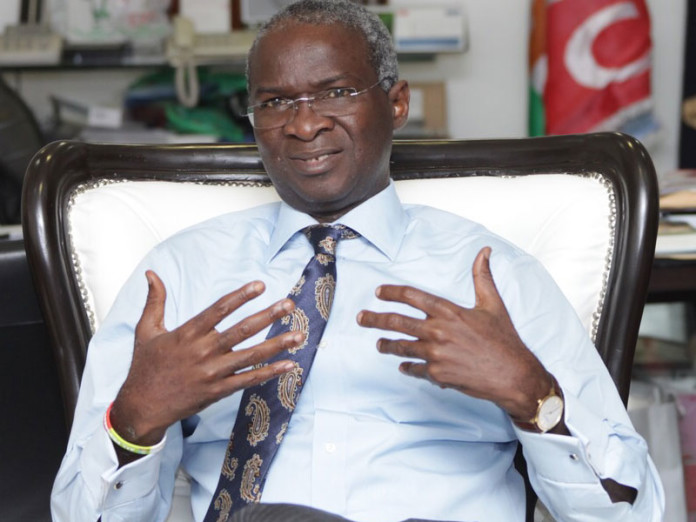 The Federal Government has begun emergency and remedial repair of some major roads and bridges in Lagos State, the Federal Controller of Works, Lagos, Mr Godwin Eke, said on Sunday.

Eke told journalists in Lagos that some of the bad roads required urgent attention and that the Federal Government was determined to make all federal roads across the country motorable.

He stated that repair work on some of the roads have been completed while others are still ongoing.

The controller explained that remedial work on both carriageways of Apongbon Bridge undulations had been completed.

According to him, the repair work was completed speedily because the contractors worked at night.

According to him, the following roads – Lagos Island/General Hospital to Apongbon; Onikan/Lagos Island to Apongbon through Apongbon Bridge/CMS (CMS Bound); Eko Bridge Approach to Ijora; Ijora to Apapa Road through underneath Iganmu Flyover (Costain Bound) and the National Theatre Train Station to Costain (Costain Bound) were being worked on.

He said that government was working assiduously to conclude plans for other roads not yet captured.

He, therefore, appealed to Lagos State residents to be patient with the government as repair work would soon reach those roads not captured earlier.

“Due to paucity of funds government cannot repair all the roads at the same time,” he said.

Earlier, the controller had said that the bids for the repair of the Apapa Oshodi/Tin Can Island Road was passing through the procurement process and that government was planning to reconstruct the network of roads on the Apapa/Tin Can Island/Oshodi road corridor to reduce congestion to the barest minimum.

“We will carry out some palliatives as soon as the procurement process is concluded.

“The high water table in Apapa requires proper design and adoption of rigid pavement to ensure longevity of our roads,” Eke said.