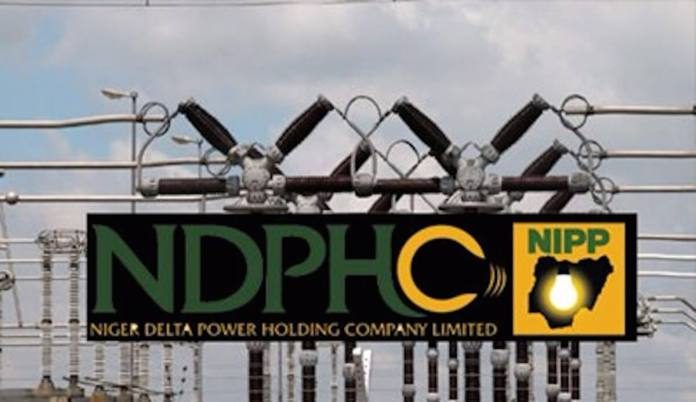 Three electricity generation companies (Gencos) built by the Niger Delta Power Holding Company (NDPHC) under the National Integrated Power Projects (NIPPs) would soon be sold to private investors in continuation of the 2013 NIPP privatisation that was suspended, the Managing Director of NDPHC, Mr. Chiedu Ugbo, has disclosed.

The plants, which Ugbo said the resumption of their privatisation has been approved by the government, include the 634 megawatts (MW) Calabar, 1,076MW combined cycle Alaoji, and 506MW Geregu. He noted that the challenges that stalled their sales had largely been cleared and were now ready to be privatised.

Speaking over the weekend in Abuja, Ugbo explained that the government approved their privatisation because the transmission and gas supply troubles they had, had been resolved and that the market risks in the sector were being addressed.

He also noted that preferred bidders for the plants were still very interested in them as against thoughts that they might have lost interests.

Ugbo said: “This privatisation process started in 2012 and moved to 2013 with the emergence of the preferred bidders. At that time it was a mix of market issues and internal issues that had to do with gas supply, completion of the power plants and evacuation.

“Alaoji and Calabar had no evacuation facilities, the plants on the west side of Delta, from Sapele, Benin had gas supply problems. Shortly before I came in, the company got approval that once we finish resolving the issue of a particular plant we should go ahead and sell the plant.

“So, that resolved the transmission challenge for Calabar and Alaoji. Total has finished the dedicated pipeline to Alaoji power plant and they have started supplying gas to the plant. Alaoji and Calabar both have gas evacuation facilities. We got approval for Calabar to be privatised, Alaoji was not included because it was under litigation. But the issue has been handled and Alaoji is back,” he explained.

According to him: “In Omotosho, gas was the only challenge and we are working on that. For Geregu, we are discussing with GACN and NPDC to finalise the gas supply agreement for that plant. So, in essence, we’ve finished what is our responsibility for the three and we are ready to go.”

On the market risks, Ugbo explained: “In 2014, the market was not bankable. It was difficult for bidders, as any lender coming to do due diligence on Nigerian market would just see what we were getting. That you would supply 100 per cent and get about 25 per cent. They (lenders) were saying that the market couldn’t guarantee their monies coming back.

“But we are still on the privatisation process because the preferred bidders are still interested as much as they were in 2013. We still have them and we are working with them as we try to close these three transactions,” he confirmed.

He noted that the NDPHC was also working with the Bureau of Public Enterprises (BPE) and National Council on Privatisation (NCP) to conclude the privatisation process, adding: “We are just waiting for certain approvals now if the options we are proposing are accepted.”

He also disclosed that the NIPP plants that are in operation were selling power to the national grid at a discounted rate, in addition to them not allowed to claim capacity payments.

Ugbo explained: “Our tariff is somewhere around N18 while the rest of the generation plants are about N23 per kilowatt hour. We are discussing this with NBET right now because it is what we met.

“They plugged in the 2012 number without escalation built into it, like inflation and all that, so while others kept going up, ours remained static, and that is one reason, but we are discussing because there is no reason why we should remain low particularly when we don’t get capacity payments,” he lamented.