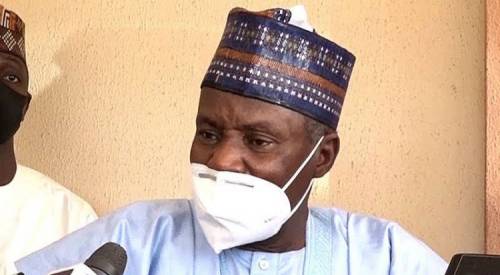 FFK Knocks Defence Minister, Says He has Failed To Protect Nigerians he Labelled as Cowards

The former Minister of Aviation, Femi Fani-Kayode, has knocked the Minister of Defence, Bashir Magashi, over his comment that Nigerians have been cowardly for not challenging bandits when attacked.

While addressing reporters on Wednesday, Magashi had said Nigerians should not be cowards as bandits sometimes possess only few rounds of ammunition.

But when asked if citizens should be allowed to get licences for firearms, Magashi kicked against it, saying such freedom has been giving some countries problems.

Reacting to the minister’s comment, Fani-Kayode said Magashi knows he has failed in his job of protecting Nigerians.

He also expressed confidence that Nigerians will not run from bandits if they are equipped with guns.

In a post on his Twitter page, Fani-Kayode said: “The Defence Minister says Nigerians are cowards, that they always run when attacked by terrorists & that they should defend & protect themselves. Does he know that it is his job to protect the people & he failed? Equip every Nigerian with an AK 47 & see if they will still run.”