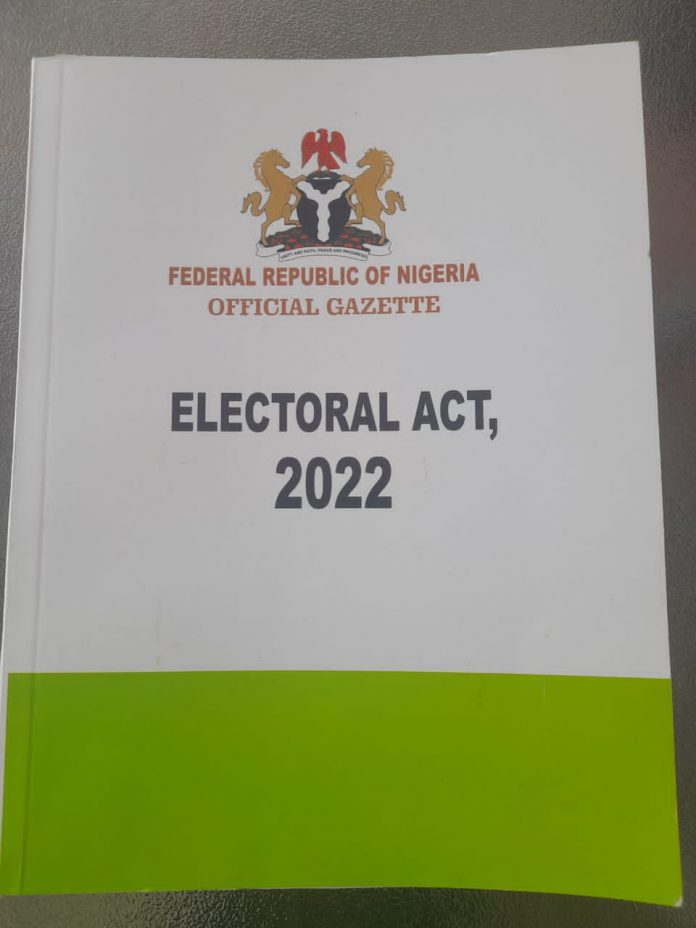 The Federal High Court, No. 2 , Benin City. Presided over by Hon Justice (Prof.) Chuka A. Obiozor on Wednesday the 25th of May, 2022 , refused an Interim Injunction to restrain the All Progressives Congress from preventing some persons from participating in the All Progressives Congress Party Primaries in Egor Local Government Area of Edo State , from Primaries for the Edo State House of Assembly, National Assembly and Presidential Primaries in Abuja

In Suit No. B/CS/52/2022: Adonis Aroge & Ors. v All Progressive Congress and others ,filed by HOW Idahagbon & Company , the Plaintiffs who were represented by Emmanuel Okonkwo Esq., strenuously but in futility tried to put an argument that there are some delegates wrongfully excluded and that by Section 84 (5) they are supposed to vote .They posited that they were wrongfully substituted and tried to get an Interim Order on Tuesday 24th , May ,2022.The Court ordered all Parties in the Matter to show cause and adjourned the Matter to Wednesday the 25th May,2022.

It was on that day in Court , that Douglas Ogbankwa Esq.,leading Miss Ebewele Counsel to the All Progressives Congress and APC Secretary,Engr Lawrence Okah and Counsel to Emmanuel Iyase and Joshua Uwagboe – Famous Osawaru Esq., both stated the the Claimants have not shown their membership of the APC in Edo State , that they did not show evidence of contesting to be delegates , that INEC (the 5th Defendant) was served on the Day of Hearing and that they will need to be in Court for the issues in controversy to be determined, that the Plaintiffs did not explore the internal mechanism of the APC in resolving the issue as Provided by the APC Constitution , failure of which erring Members are to expelled by the Leadership of the APC ,that the issue that comprise the cause of action , borders on the internal affairs of a political party and that the Courts lacks jurisdiction over same .

All parties in the matter also addressed the Court on the proprietary or otherwise of having the Matter being entertained at the Federal HighCourt ,Benin in view of the New National Judicial Policy issued at the 98th Meeting of the National Judicial Council, held on the 11th and 12th of May ,2022 , which state among other things that a Matter that has a national significance should either be filed only at the FCT High Court or the Federal High Court , Headquarters, Abuja , for the assignment of the Chief Judge of the Federal HighCourt, depending on the nature of the Matter.

After about 9 hours of filing court processes and arguing the matter , which lasted till 7:30pm in the Night of Wednesday May 25th , 2022 , the Judge refused the application sought, principally on the strength of the new National Judicial Policy and that granting the order sought will amount to determining part of the main matter at Interim stage, among other brilliant reasoning of the Judge .

The Judge then adjourned the matter till the 6th of June ,2022 ,to await further directives from the Chief Judge of the Federal High Court.

SAFIYA BALARABE CELEBRATES HER CHAIRPERSON ON THE OCCASION OF HER BIRTHDAY