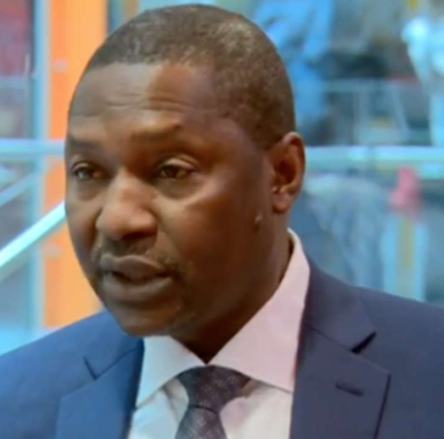 The Federal Government is collating names of prison inmates for pardon by President Muhammadu Buhari.An 11-man Presidential Advisory Committee on Prerogative of Mercy is going round correctional centres in the six geo-political zones to determine the inmates that qualify for pardon.Chairman, Committee and Attorney-General of the Federation, Alhaji Abubakar Malami (SAN), made this known during the visit of the committee to Nigeria Correctional Centre, Ikoyi, Lagos.

Malami, who was represented by the Acting Director of the Criminal Justice Reform in the Federal Ministry of Justice, Mrs. Leticia Ayoola-Daniels, said the committee had visited Kuje Custodial Centre, Abuja, followed by the Ikoyi Custodial Centre, Lagos and that the committee would visit Kirikiri Maximum, Medium and Female custodial centres.She said: “We are going round the correctional centres in the six geo-political zones in the federation. At Kuje, we looked at over 40 cases, they are going to be processed, there would be series of meetings to look at it, access it and make recommendation as appropriate.”

Mrs Ayoola-Daniels went on: “We are to interview inmates and see those who qualify to be granted pardon by Mr President. We started with Kuje, Abuja Correctional Centre, this is our second and next correctional centre is Kirikiri.“In Lagos alone, we are looking at about 80 and you cannot determine who will get pardoned by Mr President, it depends on if the y meet up with the criteria, then they can be considered for pardon.

“Our own job is just to recommend after looking at all the criteria and see those that can be recommended. Our recommendation will go through the National Council of State and they would make the final recommendation to Mr. President.“When we are through with the six geo-political zones, we would put all our reports together and forward it to appropriate quarters,” she said.Answering questions from reporters, Mrs. Ayoola-Daniels said inmates imprisoned as a result of sexual violence, and defilement would not be considered.“Cases of rape, child defilement are a no-go area for us. We are not going to look at that at all,” she stressed.Asked the criteria, a member of the committee, Albert Uko, said the committee was only mandated to look at federal offences and cases like “money laundering, issues of oil bunkering, kidnapping, terrorism, critically ill, old age, and those who have exceeded 10 years in prison,” among others.Lagos State Controller of Correctional Centre, Adewale Adebisi, said he presented cases of about 200 inmates – male and female – for consideration by the committee, adding that it did not mean all of them would qualify for pardon.“They would listen to all of them, listen to their cases, look at their antecedents alongside the criteria and determine those who would be beneficiaries of the President’s gesture,” he said.Adebisi said the planned gesture would impact on government programme to decongest the prisons.He added: “For instance this place (Ikoyi Custodial Centre) was built to accommodate a capacity of 800, but it has 2500. Apparently, we are above capacity.

That is why the custodial centre congested.“Issue of congestion in the correctional centres has been a matter of concern to every stakeholder in the justice system. That is why Mr President has shown special interest in it by establishing this committee to collate list of the inmates that are qualified for pardon based on criteria that were set up.”He argued that the screening should be done regularly to help decongest correctional centres.He said: “By the provisions of Correctional Act 2019, the federal government has many proposals to execute among which is provision of female vorrectional centres in all states of the federation. The Act divided the services into two. There is the custodial and non-custodial section.“The non-custodial is just taking off. I would appeal to the Federal Government to help fund the service to enable the Comptroller-General, Nigerian Correctional Services implement the non-custodial service effectively. It would go a long way to decongest correctional centres.”