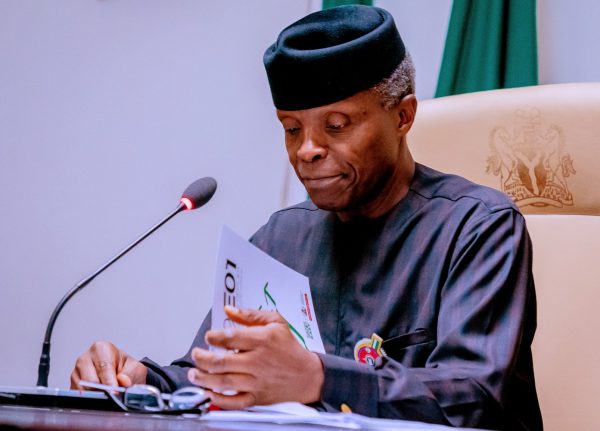 Lai Mohammed, minister of information and culture, announced this to state house correspondents after the FEC meeting presided by Vice President Yemi Osinbajo on Wednesday.He said the university had awarded the projects earlier but lacked funding to complete them.“The significant thing about these contracts is the fact that these were contracts that were awarded by the university itself, some in 2007, some in 2010, some in 2012 and some in 2015,” Mohammed said.

“But due to the inability of the university to execute these projects, for reasons ranging from lack of funding to other sundry reasons, they appealed to the federal government to help complete the contracts.“The contract, which was then awarded at the sum of N2.5 billion due to contract variation, cost of materials has now been jacked up to N4.6 billion.“In other words, the federal government is making available to the university the sum of N2.1 billion to augment the contract, which is awarded between 2007 and 2015, but was unable to complete.

“The five contracts are the construction of students’ hostels, Type D, at Awka, which was augmented in the sum of N120 million; construction of students’ hostel, Type A, at Nnewi, for which we have to provide an extra N385 million.“Construction students hostel, Type A, Awka; also, here we’ve provided an extra N104 million and then the construction of Faculty Building for Physical Science and Biosciences in the sum of N1.2 billion, raising the contract sum from the original N983 million to N2.243 billion.“Finally, construction and completion of min-stadium complex in favour of another contractor, which we had to augment with the sum of N510 million.’’Mohammed said the contracts were under the Needs Assessment — an intervention fund that the federal ministry of education made available to assist educational institutions all over the country.

The minister said the council approved the procurement of landed property for the residence of the vice-chancellor of the Federal University, Dutse, Jigawa state.“This is a very short memo, which actually sought council’s approval to provide accommodation for the vice chancellor; and of course, it means the university was purchasing a property in Dutse, which will serve as the official accommodation of the vice chancellor,” Mohammed said.“After the due process has been observed, including whether the seller has title and whether it was adequately covered by Certificate of Occupancy, the council approved that a property be purchased for the sum of N161, 250, 000, inclusive of 7.5 percent VAT, with the delivery period of two weeks for the official residence of the Vice Chancellor of the Federal University of Dutse, Jigawa State.’’Mohammed said the council also approved a sum of N847,502,000 for the award of a contract for digital interconnectivity among identified ministries and other agencies of government through the Local Area Network (LAN).