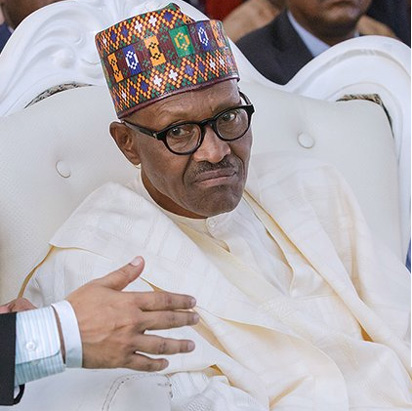 In what looked like a harsh response, the Presidency, yesterday, berated critiques for claiming that President Muhammadu Buhari told the World Bank to site its programmes in the Northern part of Nigeria, saying the President told the global financial institution to focus on the ravaged Northeast geopolitical zone.

It also explained that the President’s choice of the Northeast was as a result of the devastation of the area by Boko Haram insurgency.

In a strongly-worded statement, by the Special Adviser on Media and Publicity to the President, Mr. Femi Adesina, the Presidency described those, who had earlier fumed at the statement credited to the President as having insidious minds.

On the heels of that statement was another one issued on Twitter where it stressed that the Northeast remained a priority to President Buhari.

The statement reads: “Those who specialise in a deliberate twisting of information have wailed and raged endlessly on the news item credited to the World Bank Group President, Jim Yong Kim, who disclosed in Washington DC, United States of America, that President Muhammadu Buhari had requested a concentration of the bank’s intervention efforts in the northern part of Nigeria, particularly in the Northeast.

“The ignorant and mischievous people, who twist everything for their vile purposes, are making it seem that it was a calculated attempt to give the North an unfair advantage over other parts of Nigeria.

“The truth is that President Buhari, right from his first week in office in June 2015, had reached out to the G-7 in Germany that Nigeria needed help to rebuild the Northeast, which had been terribly devastated by insurgency. He said the country would prefer help in terms of rebuilding of infrastructure, rather than cash donation, which may end up being misappropriated. In concert with governors of the region, a comprehensive list of needed repairs was sent to the G-7 leaders.

“Also, during a trip to Washington in 2015, and many other engagements that followed, President Buhari sought the help of the World Bank in rebuilding the beleaguered northeast, which was then being wrested from the stranglehold of a pernicious insurgency. It was something always done in the open, and which reflected the President’s concern for the region.

“Those ululating over the disclosure by the President of the World Bank should be a bit reflective, and consider the ravages that the north-east has suffered since 2009 when the Boko Haram insurgency started. Schools, hospitals, homes, entire villages, towns, cities, bridges, and other public utilities have been blown up, laid waste, and lives terminated in excess of 20,000, while widows and orphans littered the landscape. The humanitarian crisis was of monumental proportions.

“President Buhari simply did what a caring leader should do. He took the battle to the insurgents, broke their backs, and then sought for help to rebuild so that the people could have their lives back. Should that then elicit the negative commentary that has trailed the disclosure from the World Bank? Not at all, except from insidious minds.

“President Buhari has a pan-Nigerian mandate, and he will discharge his duties and responsibilities in like manner. Any part of the country that requires special attention would receive it, irrespective of primordial affinities, which narrow-minded people have not been able to live above. This President will always work in the best interest of all parts of the country at all times. Let ethnic warriors sheathe their swords.”