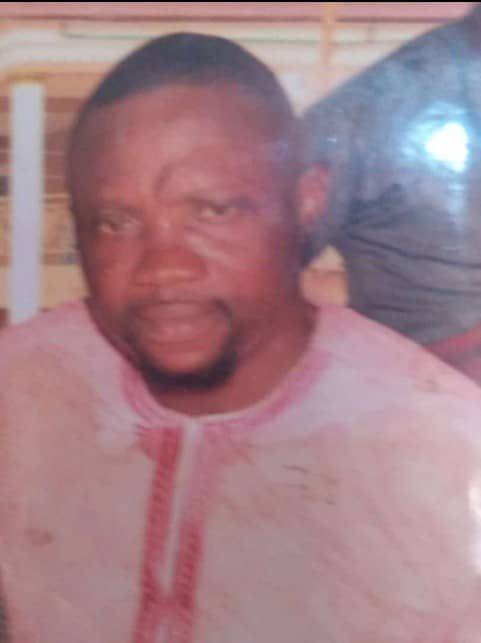 The whereabouts of 50-year-old Essau Ogunsemore who was kidnapped in his family’s compound in Igbokoda, Ondo State, has remained unknown since last December
The father of 18 children was abducted when he visited his father during the festive
period, by some armed men who invaded the building.

His abduction, as gathered, occurred four months after his father was ordered to vacate
the family house, by a relative, with a threat to incur the latter’s wrath if the directive
was not heeded.

Briefing journalists on the abduction, yesterday at Sango Otta, gun State,legal practitioner and human rights activist, Chief Mrs. Ajose Kelubia, explained that “sometimes in August 2021, I was briefed of a case of serial robbery ,attempted murder, stealing and kidnapping, which happened in the family house of Aaron Ogunsemore in Igbokoda ,Ondo State and to help intervene to ensure justice was served.

” On December 1, 2021, some thugs led by some relatives,invaded the family house of
Mr. Aaron Ogunsemore at Okoga ,in Igbokoda Ondo state, shooting sporadically into
the air, chasing people with cutlasses and axes. They called Mr. Aaron to come out ,
threatening to kill him.

“As this was ongoing, Mr. Essau Ogunsemore was shot in the leg and dragged into the
bush in the presence of his wife, father, aunt and some villagers by the hoodlums” she said, adding that identities of those that led the hoodlums were known to the
community.

The matter according to her was reported at the Igbokoda police station. She however
lamented that none of the known suspected perpetrators was arrested, until a petition
was written to the Force Criminal Investigation Department, Alagbaon, Lagos, where
two of them were arrested

She further lamented that” despite my showing up at the FCID, Alagbon , neither the complainant nor myself as their lawyer was contacted before the suspects were
arraigned in Akure, Ondo State.

She added that before the kidnapping of Essau, the Police had arrested two of the suspected leaders of the thugs, for threatening Essau’s father with firearms.

“They were arrested but released in no time. Despite recovering firearms from them
which were taken as exhibits, the police released them saying it was on the order of the
Deputy Governor of Ondo State. How true this is, I do not know as the same was not
verified”

She further informed that three of the suspected leaders of the invasion that led to Esau’s abduction were arraigned on September 29,2022 “with the charge number: MAK/HC/406C/2022 and has been duplicated to the D.P.P’S office with file No MAC NC-406-2022.

“We hereby seek justice for the Ogunsemores from the Ondo State Government” she
added.

Father of the abducted man, Mr. Aaron Ogunsemore, told Vanguard, that the family
compound in dispute belongs to him, being the eldest son of Ogunsemore He stated that Essau’s kidnap could not be unconnected with the dispute over the compound, noting that,
“since his kidnap in December 1, 2021, no ransom has been demanded