Fashola: Discos Will Be Insolvent if FG Collects N536bn Debt 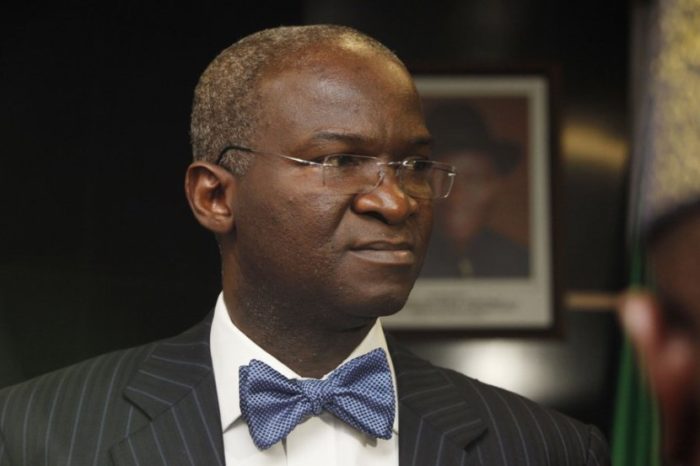 The Minister of Power, Works and Housing, Mr. Babatunde Fashola has stated that the 11 electricity distribution companies (Discos) in the country will face insolvency proceedings and wind up if the federal government forces them to pay debts exceeding N536 billion that they owe the Nigerian Bulk Electricity Trading Plc (NBET) and the Market Operator (MO).

Fashola also reminded the electricity distribution firms that as they keep pressing for the debts owed them by the ministries, departments and agencies (MDAs) of government, they should also talk about the debts they owe NBET and MO, which the federal government has not forced them to pay.

Responding to concerns raised by the Chairman of Egbin Power Plc, Mr. Kola Adesina at a recent Power Roundtable organised by the Lagos Chamber of Commerce and Industry (LCCI) that the federal government had failed to meet its part of the bargain under the power privatisation agreement, the minister acknowledged that certain assumptions in the privatisation model, which the investors could not control, had changed.

The minister argued in his presentation that the power privatisation process was done in a political arena where the assets were “sold as a silver bullet for electoral benefits”.

Fashola also stated that the issue of electricity tariffs was not only a commercial issue but also has political implications.

“I agree that there was a model. I have made the point that things you don’t control change. You did not control the exchange rate. So if it changes, it diminishes the value of your assets immediately – your balance sheet doesn’t look good anymore.

“You bought when you could buy $1 for N165. Suddenly, you now need to double that to buy $1. You are a less liquid company. That is not your fault,” Fashola said.

The minister stressed that the focus should be on how to deal with these challenges, adding that he has always acknowledged concerns raised by the private investors in the electricity value chain.

“But I think that the point to make is that even with the debt, there is another debt that you have not yet been compelled to pay. It is the debt that arises from the losses, which at any event, is your debt because under the vesting agreement with NBET, you owe NBET and the last figures I saw was over N400 billion owed by the Discos to NBET and at least about N136 billion owed to the market operator,” Fashola added.

Fashola stated that the federal government recognises that there is a problem in the power sector, stressing that money was needed to pay the generation companies but the Discos were not paying the money.

“So what will the government do? We must act responsibly. We have to go and borrow money to pay our debt so that the system does not collapse.

“But if the government now insists that we must collect all our debt, what we will be talking about will be winding up and insolvency proceedings. So we must continue to sit down and see how we can work out all of these debt issues in a way that the system survives,” he said.

The minister, however, insisted that there was an element of politics in the determination of electricity tariffs, adding that it was no different in other economies.

According to him, when the Ghanaian government increased electricity tariffs before the last elections, the people voted them out of power but the new government did not reverse the tariffs.

“When we put toll gates here in Lagos, you remember what happened. Somebody has said that all governments know what to do. The problem really, is that what they don’t know is how to do it and stay in power,” he added.

The latest Market Operator’s (MO) report showed that most of the Discos have performed poorly in terms of remittances to the MO, resulting in a cumulative debt of N142.32 billion

The report showed that Abuja Disco tops the list of debtors to the MO with N18.37 billion.

Abuja Disco was followed by Enugu Disco with a debt of N16.38 billion.