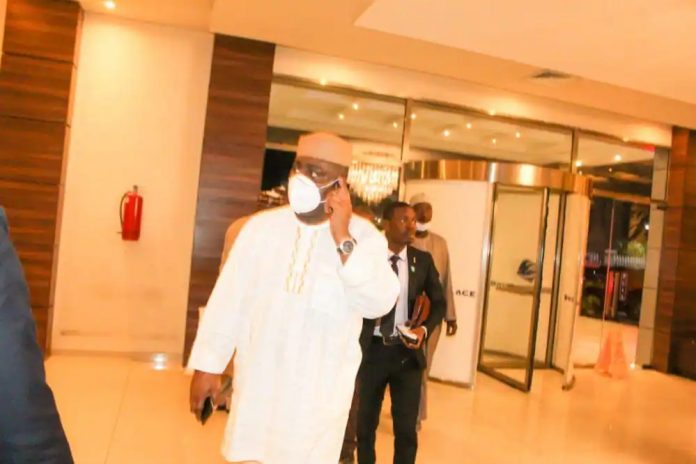 Femi Fani-Kayode, a former minister of aviation, says it is not wrong to be friends with your political adversary.

The former minister said this after coming under heavy criticism on social media, for sharing photos he took with Isa Pantami, minister of communications and digital economy, and describing him as “friend and brother.”Fani-Kayode attended the wedding of Yusuf, son of President Muhammadu Buhari, which held on Friday.The former minister, who is known for his fierce criticism of Buhari, announced via his Facebook page that he arrived in Kano on Thursday to attend the ceremony.

He said he flew into Kano in the company of Pantami; Bello Matawalle and Babagana Zulum, governors of Zamfara and Borno; Nuhu Ribadu, a former chairman of the Economic and Financial Crimes Commission (EFCC), and other dignitaries — a number of which the former minister has publicly attacked.Fani-Kayode had, in April, described Pantami as a “jihadist”, following the former’s pro-Al-Qaeda views.However, in his defense, Fani-Kayode said politics is not war but about “bridge-building”.

“Buba Galadima with Ahmad Lawan, GEJ (Goodluck Ebele Jonathan) with PMB, GEJ with VP (Yemi Osinbajo) & Atiku (Abubakar) with PMB. Politics is about bridge-building regardless of your differences. It is not war. You can be friends with your political adversary and still disagree,” he said in a Twitter post.“It’s called politics without bitterness and being civilized.”