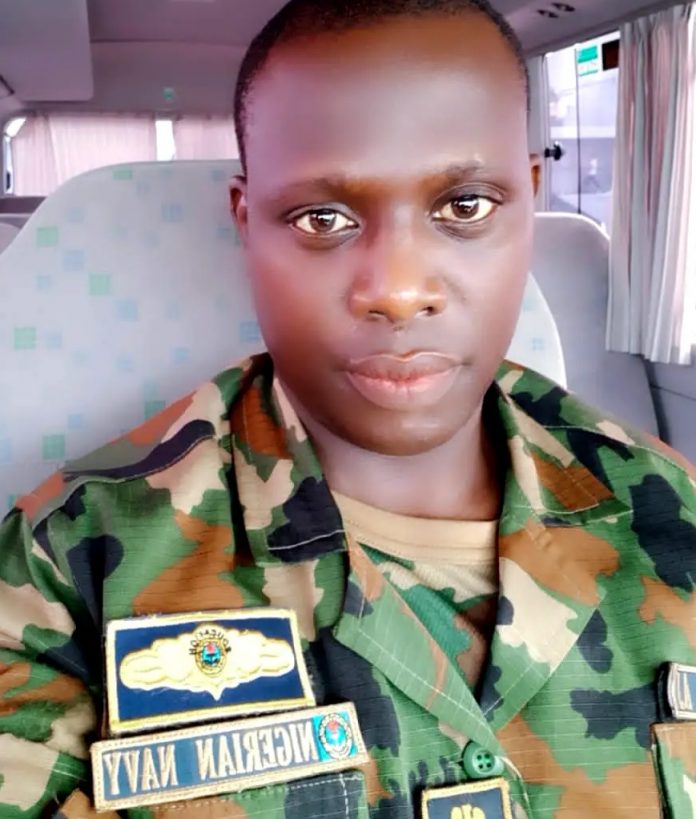 The family of Jubril in Kano State has raised the alarm over the detention of one of its sons, Abubakar Abdulkadir Jubril, a Petty Officer, PO in the Nigerian Navy, since November 29, 2020, over an undisclosed offence.This is the second time in one month that an alarm would be raised over the detention of naval personnel by naval authorities.

The first alarm was raised by Mr Macaroni, last month, on his official Twitter account, over the whereabouts of Instagram comedian and naval personnel, Abdulgafar Ahmed Oluwatosin, popularly known as Cute Abiola after he was arrested by the Navy on November 15,2021.The Instagram comedian was later released a month after.

But in the case of Abubakar, his family said it had been deprived access to him since he was detained, expressing fear that he could have died in detention.The last information on him, according to his family and friends, was that he was gradually losing his sight and hearing organ due to alleged torture.

Spokesperson for the family: Hajia Rabi’at Abdullahi Rago, explained that Abubarkar’s children: Aisha, (13) Aliyu, (10)and Sadiq, (8) who are in Junior Secondary School 3,1 and Primary 3 respectively, had stopped  going to school, as their mother and relatives  who had been struggling to pay their  school fees had been overwhelmed by the expenses.

Appealing to the Chief of Naval Staff, CNS Vice Admiral Awwal Gambo, to intervene, Rago, noted that it could be possible that the present CNS was unaware of Abubarkar’s detention, since he was detained during his predecessor’s, Vice Admiral Ibas Ibok-Ete’s (rtd)led administration. Abubakar as gathered, was undergoing a promotional training at the Nigerian Naval College, Onne, Port Harcourt, Rivers State, when he was arrested.

But his colleagues who were not selected for the training, told naval authorities that Abubakar had served 13 years earlier. He was arrested and transfered to another state and has since been abandoned in detention. His family was prevented from seeing him.

“When his wife went to visit him in December last year, she was told to write a letter to her husband, informing him that a pistol was found on him, but she refused.  The naval officer she met said her husband won’t be released if she did not write that letter. She was asked to leave and never to return to the base in Rivers State again.

“Abubakar was beaten, tortured, handcuffed for over six months. He was denied medical attention. He is gradually losing his sight and hearing organ, according to some of his colleagues.

“His mother died due to complications of high blood pressure, while he was in detention. He also lost his sister. The 30 days prayer for his late mother was done on Thursday, December 23,2021 but he was not present.

“Immediately after his arrest, his family ought to have been contacted . We thought he  would be  questioned and freed to return to his training ground within 24 or 48 hours. But up till this moment, we have not heard anything from him . We don’t know why he is being detained this long. The Navy isn’t saying anything.

“We hereby appeal to the CNS, Vice Admiral Gambo, to look into the matter. We know him as a honest man. Unfortunately, there has been no action taken since he assumed office.

“It is obvious that some overzealous officers want to tag the CNS an image that does not befits him. We appeal to him not to allow them achieve their aim.

“PO Abubarkar’s children have been out of school . We don’t even know if he is alive or not. He is not a criminal. Whatever was the reason for his arrest and detention should be made known to the public”, she stated

When the naval Director of Information , Commodore Suleiman Dahun was contacted, he said he was not in Abuja. He assured that he would investigate and get back to us.