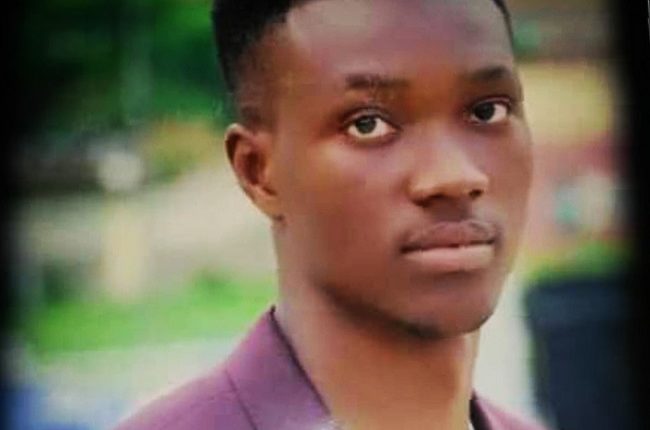 The immediate family of a 300 level Imo State University student, Alexander Uzoma, allegedly killed by four suspected internet fraudsters popularly known as Yahoo Boys in Abeokuta, the Ogun State capital, have demanded justice over the matter.The remains of the 20-year-old student were reportedly discovered on Kuto Bridge where they were dumped by the suspected killers.

The suspects, according to the Police Public Relations Officer, Abimbola Oyeyemi, in a statement, were said to have confessed that they dumped the body of the student on the bridge on November 20.The PPRO had in the statement said that the deceased visited his friends to learn about internet fraud, thereafter took a substance called Colorado and subsequently died.However, one of the siblings, Jude Uzoma, described the police claim as false, that there was no point in time the family was informed that the deceased went to visit his friends.

“I was the one who wrote the statement when we got to Adigbe police station with our mother. We didn’t tell them he went to see any friend. We said he went to watch football. Where did the police get that information from?” Jude asked.The brother informed that it was his mother and himself that went round about 15 police stations in search of the deceased, whose phone was on all through the search.

Jude said that the Association of Imo indigenes was equally notified after an effort to locate Alexander within two days failed.Also, the immediate elder brother of the deceased, Augustine Uzoma, said the police informed them that his late brother was in contact with one of the said Yahoo Boys, who called him on phone.

“He was in contact with only one of them, we don’t know how the other three came into the picture. According to what the suspects told the police, they said he followed them to their house; they ate, took Colorado, slept and woke up around 8:00 p.m. When they woke up, they found out that he had vomited all over his body and died.“We further made our own investigation and discovered that those guys live at Lipede Estate. The police told us that they tracked my brother’s phone to know his movement.

At 3:36 p.m. on November 20, they said the person called him and they went to a bar at Onikoko.“The police also told us that at about 6:20 pm, his phone was tracked to another place at Onikolobo, and that was where the tracking ended.“If those guys are claiming he died in their house, his phone should be tracked to Lipede Estate. The tracking was supposed to end at Lipede, not Onikolobo,” Augustine said.

The police have told us to look for N200,000 to exhume the corpse and conduct an autopsy. The health workers who buried the corpse said they saw a deep cut on his head. We have every reason to believe that he was killed.“Within this week, we will raise the N200,000 for the autopsy. All we want is that everybody should respect the dead by ensuring justice is served. Those who committed this crime should not use the money to escape judgement.

The police should do their work diligently,” Augustine pleaded.He said that their distraught widowed mother, Christiana Uzoma, who is the Headteacher of St. Peter’s Anglican Primary School, Ilogbo-Olofin, Ogun State, is currently with other family members in Imo State, grieving over the unfortunate death of her last born.