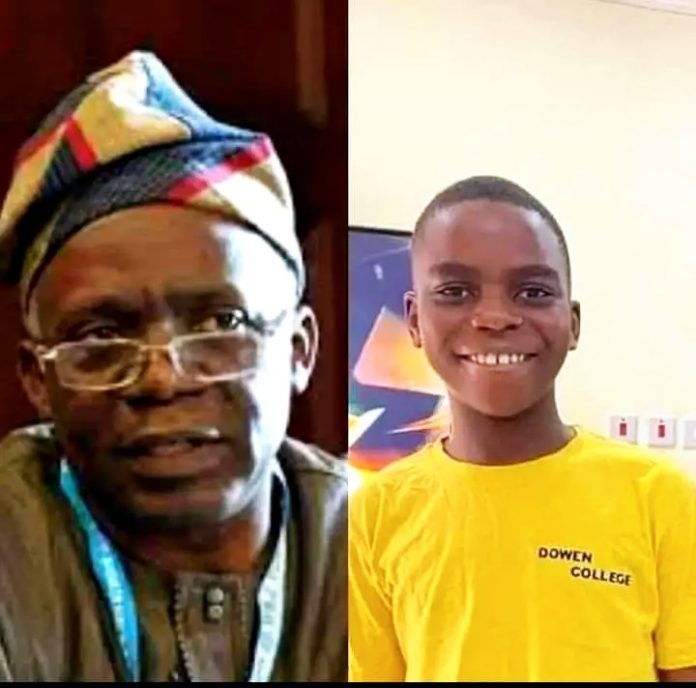 Human Rights lawyer and Senior Advocate of Nigeria, SAN, Mr Femi Falana, has filed a petition against an internet blogger, Ms Kemi Olunloyo, over some comments she reportedly made concerning the death of his client, late Sylvester Oromoni, 12, who was beaten to death by some students at Dowen College, Lekki, Lagos.

The petition was filed on behalf of the family by the chambers of Femi Falana, SAN.In the petition sent to the police and other security agencies, the family called for an investigation to be conducted regarding Olunloyo’s claim that their son was a cult member among others.

A source said the family was peeved that the blogger levelled such an allegation against their son.Also, the meeting called by the Chief Coroner for December 15 has been shifted, according to sources.

Though no reason was given for the shift in the date, it was gathered that the shift was necessitated by the need for some steps to be concluded before any Inquest could start.Meanwhile, all concerned parties are still waiting for the autopsy to be conducted on the body of the deceased and the result being released to know the cause or causes of the boy’s death.

Recall that the Oromoni Family alleged that their son was beaten to a stupor by some students in the school hostel and he eventually died for refusing to join a cult group.Different groups and individuals have called for sanction against the perpetrators and five students have been arrested and remanded in the juvenile correctional centre over the incidentThe Lagos State government has shut down the school, just as President Muhammadu Buhari also called for justice to be meted out to any indicted person or persons.