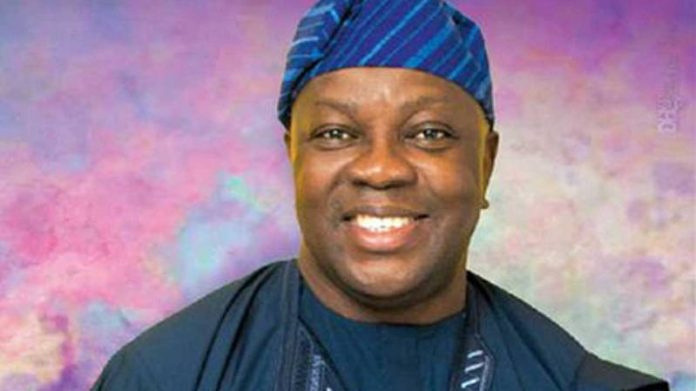 Falana, through his counsel, Olajesu Oluwaseyi Bakare (Esq) alleged that, Otegbeye was not duly nominated as the ADC Governorship candidate for the 2023 election.

In the petition dated Wednesday, October 12 and addressed to the Ogun State Resident Electoral Commissioner (REC) of INEC, Falana threatened to drag the commission, Otegbeye and other parties involved to court if INEC fails to remove Otegbeye’s name from the list of candidates.

The petition which was obtained by our correspondent reads in part: “Otegbeye Olubiyi is a member of the All Progressives Congress (APC). Also, Otegbeye Olubiyi had earlier put himself forward to be nominated under the platform of the APC for the same Gubernatorial election in Ogun State though he failed at the primary election of APC.

“The retention of the name of unqualified and in-eligible candidate in the list of contestants is a serious infraction on the part of INEC which requires immediate rectification.

“Therefore, on behalf of our client, we are urging your good office to remove the name of Otegbeye Olubiyi from the list of candidates contesting for Governorship election in Ogun State on or before 14th October, 2022 as it contravenes the provisions of section 35 of the Electoral Act, 2022.

“Failure of which we will be left with no choice than to take legal actions against INEC and every other related person and party”.

But, reacting, a chieftain of ADC, Bolaji Adeniji insisted that Otegbeye’s candidacy “is in order and has breached no provisions of the constitution or the electoral act”.

Adeniji, who is also the convener of Ogun West Grassroots Alliance, urged the people of the State to ignore Falana and his party, saying “Ogun State citizens should brace up for an exciting future under an Otegbeye leadership”.