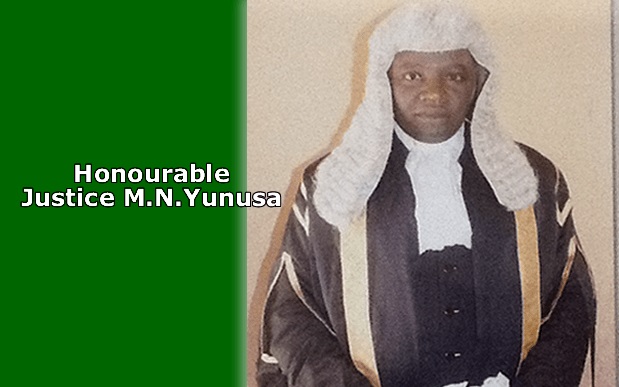 Mohammed Yunusa’s bribery charges case was terminated in January based on an NJC letter that cleared him of a different allegation of misconduct in December 2020.

Facts have emerged as to how a federal judge, Mohammed Yunusa, who stood trial for bribery charges for three years, was reinstated to his position after serving almost five years suspension.

The National Judicial Council (NJC), in July 2016, found Mr Yunusa culpable of acts of alleged misconduct different from the bribery allegation that was later levelled against him by the Economic and Financial Crimes Commission (EFCC).

In line with its adopted procedure, the NJC placed Mr Yunusa, then a serving judge at the Enugu Division of the Federal High Court, on suspension pending the approval of President Muhammadu Buhari for the judge’s compulsory retirement.

But since 2016, President Buhari refused to act on the NJC’s recommendation, creating a window for the judge to return to the NJC for a review of his case last year.

While the bribery case later filed against him by the EFCC was pending at the Lagos State High Court, the NJC in December 2020, issued a report clearing Mr Yunusa of the allegations of misconduct for which he was earlier suspended in 2020.

The NJC in a December 29, 2020 letter signed by its then Deputy Chairman, Olabode Rhodes-Vivour, who retired in March as a Justice of the Supreme Court, informed Mr Yunusa that his suspension had been lifted while the council “awaits the decision of Mr President on the recommendation.”

Although the President’s approval was still being awaited, Mr Yunusa, in January 2021, took the clearance letter issued by the NJC to the Lagos High Court judge, before whom he was being prosecuted over separate allegations of bribery, to get his trial terminated.

Acting on the letter, the trial judge, Serifat Solebo, gave the order discharging Mr Yunusa in a ruling delivered on January 25.

This prompted the EFCC to amend the charges to be able to proceed with other defendants in the case.