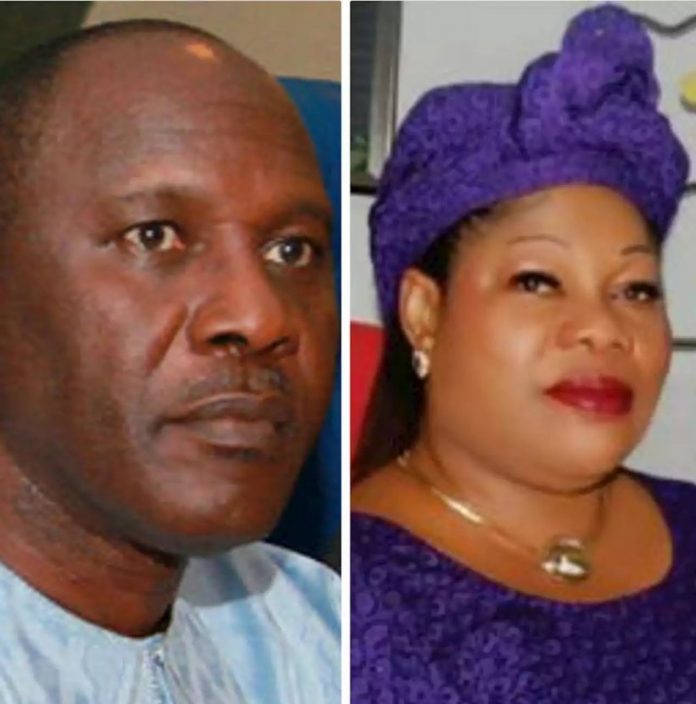 Orubebe gained international attention during Nigeria’s 2015 presidential election when he interrupted the collation of votes in Abuja.

The defection of the two former top government officials who hail from Delta State, and were visible loyalists of Jonathan during his administration, according to sources, was done in secret and yet to be formally brought to the public.Orubebe, who gained international attention during Nigeria’s 2015 presidential election when he interrupted the collation of votes in Abuja by the Independent National Election Commission (INEC), was accused by the Code of Conduct Tribunal (CCT) of false declaration of assets and taking N70 million bribe. This was followed by a summons for his possible arraignment in Abuja.

Orubebe in 2015 faced four counts of false declaration of assets, soliciting a bribe, and accepting a bribe. It was alleged that on two occasions, Orubebe provided fabricated records of his financial assets to the authorities.A High Court in the Federal Capital Territory (FCT), Jabi, Abuja, in 2021 ordered the remand of Ngozi Olejeme, former Chairman of the Board of the Nigeria Social Insurance Trust Fund (NSITF), in the detention of the Economic and Financial Crimes Commission (EFCC) over alleged N3 billion fraud.

Justice Maryam Hassan Aliyu gave the order after Olejeme was arraigned on nine counts in which she was accused of abusing her office, receiving bribes, awarding contracts without due process, among others.Speaking on condition of anonymity, an executive member of the newly inaugurated Delta State APC, talked about the secret defection.

“Yes, it’s true that the former Minister of Niger Delta Affairs, Elder Godsday Orubebe and the former Director of Finance in the defunct President Goodluck Jonathan’s Campaign Organisation and former Chairman of the Board of the Nigeria Social Insurance Trust Fund (NSITF), Ngozi Olejeme, have secretly defected from their party, the Peoples Democratic Party (PDP) to our All Progressives Congress (APC).

“You know, Olejeme is facing serious N3 billion corruption charges filed by the EFCC. And of course, Orubebe is not also left out, we all know about his case with the Code of Conduct Tribunal (CCT) for alleged false declaration of assets and taking N70 million bribe.

“You know once you join APC, all your sins are forgiven. Though you will not be immediately left off the hook, you will get a soft landing.“Anyway, Orubebe and Olejeme’s defection is no longer a secret because, both of them were among our APC leaders in the state that signed the congratulatory message to our newly inaugurated chairman of Delta State APC, Omene Sobotie in Abuja, so both of them are our new members. They have joined hands with the party to flush out the PDP from the state in 2023,” the source boasted.

The APC in Tuomo Ward 3 in the Burutu Local Government Area of the state had in 2019 in a joint statement by its chairman, secretary and leader, Warebi Edonyanbo, Ofumu Welkper and Peres Oloye respectively, disclosed that they had it on good authority that the former Minister of Niger Delta Affairs, Orubebe, who is from Tuomo Ward 3, was plotting to defect to the APC from the PDP and vowed to resist it.

Ironically, Omene Sobotie, a former PDP chieftain in Delta State, and now the state chairman of the APC had in 2015 called for the immediate arrest and prosecution of Orubebe over his attempt to disrupt the compilation of results of the 2015 presidential election in Abuja.