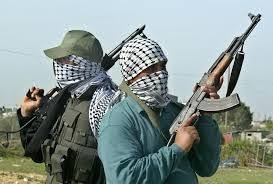 A retired squadron leader, Mrs. Hellen Godos has been shot dead by gunmen in the Jos North Local Government Area of Plateau State.

The gunmen attacked the residence of the deceased in the Dong area of Jos North at about 8:00 p.m. on Christmas Eve.

The kidnappers shot sporadically into the air to scare residents of the community before proceeding to the residence of the retired squadron leader.

One of the residents of the house who escaped disclosed that some of the kidnappers positioned themselves around the house while four of them forced their way into the building and attempted to abduct the retired squadron leader’s son, which was resisted by the woman.

“In the process of pleading and trying to hold back her son from being kidnapped, one of the kidnappers pulled the trigger and shot the woman at close range. The retired squadron leader died on the spot; another occupant was shot in his leg while the kidnappers went away with the son of the deceased,” the source said.

“After the operation, the kidnappers, who came on motorcycles and in a car, released several gunshots into the air again to aid their escape from the community. The incident caused such serious apprehension and tension that no one could come out of their respective houses one hour after the incident.”

He added that the incident has been reported to the security agencies, adding that, in addition to the report, hunters and vigilantes are presently combing the hills in the area to arrest the perpetrators and rescue the son of the deceased who was kidnapped.

The Media Information Officer for Operation Safe Haven (OPSH), Captain Oya James, who confirmed the incident, said the deceased son, who was kidnapped by the gunmen, had been released while the manhunt for the perpetrators continued.