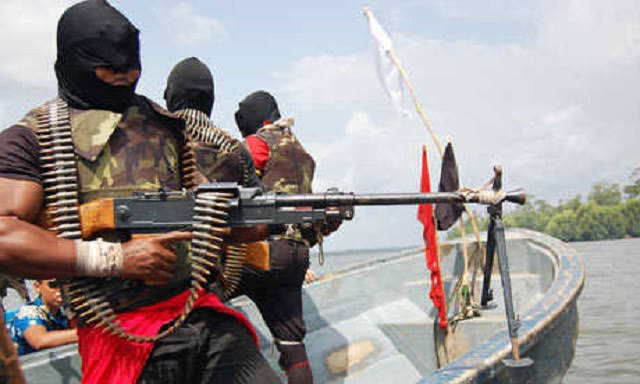 A forum of ex-militants under the auspices of Akwa Ibom Ex-militants Forum has given seven days ultimatum to the Federal Government to revoke its N4 billion monthly surveillance award to the former leader of the Movement for the Emancipation of the Niger Delta, Mr. Government Ekpemupolo, popularly known as Tompolo, or risk mass protest.

The group threatened to shut down oil production in the state if the contract was not revoked and re-awarded to accommodate former Niger Delta agitators from the state.

It was reported that the FG, had, Monday, renewed a N4bn monthly contract for the surveillance of oil pipelines to the ex-militant, Tompolo.

This was contained in a petition letter addressed to the President, Major General Muhammadu Buhari (retd.), and signed by the State Coordinator, Johnson Solomon, and Secretary, Godwin Edohoaqua.

In the petition, which was also addressed to security agencies, and obtained by our correspondent on Sunday in Uyo, Akwa Ibom State, the group argued that it was wrong for the FG to award such a contract without engaging any of the youths of the state, whose communities had suffered many years of environmental degradation due to oil exploration and exploitation.

The petition read in part “In 2015, when President Goodluck Jonathan was about to hand over to President Buhari, ex-militants from Akwa Ibom State in numbers, protested to the National Assembly against similar contract which did not accommodate us.

“The leadership of the National Assembly with Heads of security agencies, received our protest letter and assured us that Akwa Ibom ex-militants will be accommodated in future contracts.

“It is wrong for the Federal Government to shortchange the youths of Akwa Ibom State by awarding such a bogus contract to a sectional former leader of ex-militants while oil and gas pipelines crosses our land but we are not engaged, we won’t accept such marginalisation.

“We are giving the Federal Government a seven day ultimatum to address the situation or we will embark on a marathon protest that will shut down oil and gas production in Akwa Ibom State.

“Our youths have refused to be involved in oil theft and pipeline vandalism because of our patriotism for Nigeria and the agreement we signed with the Federal Government during Amnesty but that should not be a criteria for us to be marginalised in the award of such a contract.”

The group advised the Federal Government to award the contract in sections to accommodate youths of all the oil-producing states in the region to avoid renewed agitation and possible negative actions that would defeat the purpose of government intentions.

“We are familiar with the terrain and pipeline routes running across the state and only youths from the state can protect the pipelines better than a visitor. If our youths are engaged in such a project, the rate of unemployment will reduce,” the group averred.