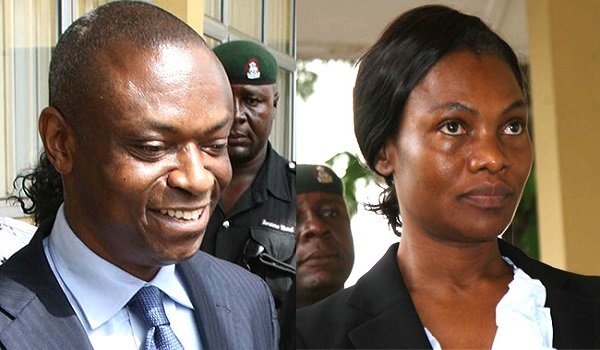 Francis Atuche, a former Managing Director of the defunct Bank PHB (now Keystone Bank), was sentenced to six years in prison by an Ikeja High Court on Wednesday for N25.7 billion fraud.

Ugo Anyanwu, his co-defendant, was also sentenced to four years in prison.

The couple was found guilty on 21 of the 27 counts leveled against them.

On each of the 21 accusations, Atuche and Anyanwu were sentenced to six and four years in prison, respectively.
The sentences will run in parallel.

According to Justice Lateefat Okunnu, the offenders must make restitution in accordance with Count 4, despite the fact that the amount stolen was less than what was alleged in the accusation.

The judge dismissed and acquitted Atuche’s wife of conspiracy and stealing allegations.

She held that the EFCC failed to link her to the crime, adding that suspicion no matter how strong can not take the place of fact.

In convicting the duo of Atuche and Anyanwu, the judge upheld the arguments of Senior Advocate of Nigeria (SAN) Kemi Pinheiro, who prosecuted the case with the fiat of the Attorney General of the Federation (AGF).

Pinheiro had opposed Atuche’s contention that the stolen funds in dispute were loaned, not stolen.

The judge agreed with the prosecution and held that the money belonged to the bank and that it was capable of being stolen.

“The first and third defendants did not debunk the evidence of the prosecution that the loans were used to purchase shares.

“They rather contended that the monies granted as loan could be used for whatever purposes,” she said.

In a judgement that lasted over 11 hours, Justice Okunnu held that the EFCC successful proved its case against the convicts beyond a reasonable doubt.

The judge also held that the offences for which the convicts were charged can not be said to be mere professional negligence but criminal.

The court held that Atuche and Anyanwu abused their powers and ignored established rules and regulations, thereby putting the bank and depositors’ funds in danger.

The court held that the convicts corruptly took advantage of their positions to confer on themselves undue financial benefits without regard to the health of the bank.

The EFCC alleged that between November 2007 and April 2008, the convicts stole about N25.7bn belonging to the bank.

The defendants had pleaded not guilty.